With teams nearing the quarter-mark in the 2011-12 American Hockey League season and their NHL affiliates starting to adjust their rosters due to trades, injuries, or simply to bring up their top talent on the farm to the majors, AHL teams are seeing the changes as well.  Though a minor league, the AHL is a serious business in which teams want to win just as much as their NHL counterparts do.  Following this off-season’s realignment, all three Illinois AHL teams fell into one division, the Midwest, along with the Charlotte Checkers and Milwaukee Admirals. 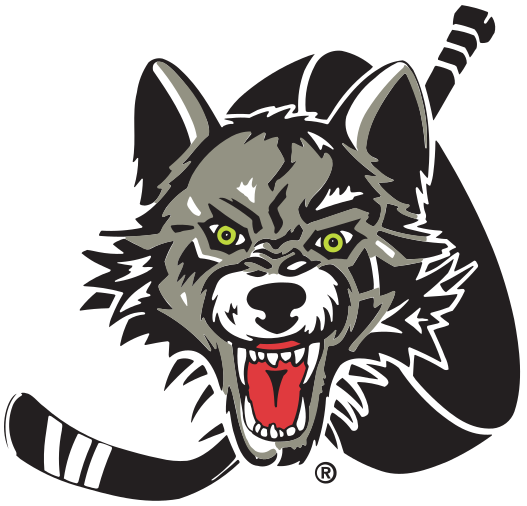 In the aftermath of the relocation of the Thrashers to Winnipeg, the Wolves were left without an NHL affiliate.  After the Florida Panthers signed a deal with the San Antonio Rampage, the only NHL team left to choose from was the Vancouver Canucks.  Yes, the same Vancouver Canucks who have one of hockey’s biggest rivalries with the Chicago Blackhawks and had just eliminated them in Game 7 Overtime.  As speculated, the Wolves have suffered a drop in attendance this season due to their affiliation, and are now average just 6,751 fans per game, which while it is still well above AHL average, is a drop of almost 700 fans per game from last season.  The Wolves lost a majority of their players to the new St. John’s IceCaps as a result of the change, but were able to retain fan favorite Darren Haydar, among others, on one-way contracts in which they, not Vancouver, own the players’ contracts.

The Wolves have seen some major shuffling of their roster lately, with both of their goaltenders, Eddie Lack and Matt Climie, having been recalled by Vancouver to fill in for the injured Roberto Luongo, but both have since returned.

Haydar leads the way for the Wolves, with 7 goals in 15 games played, with Kevin Connauton contributing 5 goals as a secondary scorer.  Lack and Climie have split time, with Lack playing in 8 games and Climie in 7, and both have phenomenal GAA’s; a great 2.47 for Lack and an extraordinary 2.16 for Climie.

The Wolves have two lower-level affiliates, the Kalamazoo Wings of the ECHL who are also part of the Canucks farm system, and the Missouri Mavericks of the Central Hockey League, who are part of their personal farm system.

Though they boast a better point total, the Rivermen are still only four points ahead of the Wolves, who have four games at hand over them.  The Rivermen are an affiliate of a fierce Blackhawks rival, the St. Louis Blues.

The Rivermen have seen some major changes to their roster over the past few weeks, with former Wolves star Brett Sterling being recalled by the Blues on Sunday, Shaun Heshka being traded to Binghamton, and Dave Shields being sent down to Alaska.

The Rivermen started their long, nine-game road trip with a perfect 3-0 record, but have since suffered two defeats and have four games remaining on the trip, all of which are against division opponents (Rockford, Chicago twice, and Milwaukee).

Before being called up to St. Louis, Sterling led the way with 12 goals in just 18 games.  Phil McRae leads the current roster with 9 goals in 19 games, with T.J. Hensick adding 6 goals and 9 assists in 19 games, and Derek Nesbitt also scoring 6 goals in 18 games.  Adam Cracknell, Jonathan Cheechoo, and Jay Barriball have also contributed, each scoring 5 goals.  Ben Bishop has an outstanding 2.14 GAA, but his backup, Jake Allen, has been horrendous, being tallied for 29 goals in 7 games, for a 4.40 GAA.

The Rivermen’s lower-level affiliate is the Alaska Aces of the ECHL.

They may be last place, but their NHL affiliate is currently 2nd overall in the NHL, and won a Stanley Cup just two seasons ago.  If you don’t know what team that is, then you have either been hiding under a rock for the past few years, or you simply didn’t read the italicized text before their record in this article.

The IceHogs too have seen some turnover of their roster recently, with Ben Smith being recalled by the Chicago Blackhawks and Rostislav Olesz coming down to replace him.  Rockford has also added David Gilbert to there roster recently, while sending down Chris DiDomenico to the ECHL.

Brandon Segal leads the way for the Hogs with 7 goals in just 16 games, with Ben Smith scoring 6 in 9 games before being called up by the Hawks, with Brett McLean and one of the top Blackhawks prospects, Brandon Pirri, adding 5 goals each.  The IceHogs have seen more than enough poor goaltending this season, with Alec Richards boasting a 4.00 GAA, Alexander Salak a 3.39 GAA (with both having an identical .887 save percentage), and Carter Hutton only playing for 18 minutes and facing 8 shots to keep his GAA at 0.00.  Salak had previously been contending for the Blackhawks backup goalie position, but was ultimately beat out by Ray Emery, who gave up 7 goals in the Blackhawks’ 9-2 loss to the Edmonton Oilers on Saturday.

Rockford’s lower-level affiliate is the Toledo Walleye, who is also affiliated with the Grand Rapids Griffins and their NHL affiliate, the Detroit Red Wings.

Unfortunately, the three Illinois teams are also the three teams with the worst records in their division, but on the bright side, the NHL Chicago Blackhawks are representing the state well, leading the Central Division of the NHL’s Western Conference by three points over the Nashville Predators.

The ECHL’s expansion Chicago Express are also faring well, and are current second in the North Division of the ECHL’s Eastern Conference.  The CHL’s Quad City Mallards and Bloomington Blazer are currently second-to-last and last place in the CHL’s Turner Conference, respectively.  Yet no team has proven to be as bad as the Danville Dashers, who are currently 0-12 in the Federal Hockey League, which is a level lower than both the CHL and ECHL.