Since the foundation of the National Basketball Association in 1949 by the merger of the Basketball Association of America and the National Basketball League, four leagues have reigned supreme as major leagues in the United States and Canada.  While one or two other leagues have cases for the same status, the big four have dominated American sports culture for over sixty years.  However, many other leagues have made serious attempts to enter the mainstream sports world since then, and here we rank the ten greatest attempts.

Leagues have been ranked by ability to enter the mainstream sports world, their longevity, franchise locations, franchise stability, number of franchises, and ultimate fate.

The UFL was founded in 2009 and had limited success, but was able to post attendance figures comparable to the NBA and NHL before falling off in later seasons.  Of the original four markets – Las Vegas, New York, Orlando-Tampa Bay (Florida), and San Fracisco-San Jose (California)- only Las Vegas remains in the league, which itself is in danger of folding, and may soon relocate to Salt Lake City if the league survives.  After the league’s second season, teams began to relocate to smaller sports markets, as New York relocated to Hartford and California to Sacramento, as the Omaha Nighthawks were brought in as an expansion team.  Hartford would suspend operations for the 2011 season and Florida would relocate to Norfolk as Virginia.  With all signs indicating that the league will fold, it is no mystery why the UFL ranks so low after shifting to smaller markets, lacking franchise stability, and operating with five teams at most at any point in its history.  The UFL did manage to get broadcasted nationally in its first two seasons by Versus (now NBC Sports Network) and HDNet, before settling for local Comcast SportsNet deals.

The XFL, which wasn’t an abbreviation for anything officially, was a venture by Vince McMahon of WWE.  Unlike the UFL, the XFL held its season during the NFL off-season, as to not be forced to directly compete with the highest attended sports league per game in the world.  Though the XFL would only last for one season, seeing its popularity fade after early season success as fans didn’t favor the unique style of the league (WWE-like), it did cater to more markets, including the top three in the US.  The Eastern Division included Birmingham, Chicago, New York-New Jersey, and Orlando, while the Western Division consisted of Las Vegas, Los Angeles, Memphis, and San Francisco.  In its one season, the XFL was significantly more popular than the UFL, served more markets, and franchise stability was comparable since half of the UFL franchises relocated after one season.

The World Football League intended to be an international major league, but never succeeded in placing a franchise outside of the United States, though they were the first “major” league to have a team in Hawaii.  The WFL played with 12 teams in 1974 and ten in 1975, and did have a larger footprint than either of the aforementioned leagues.  However, the league failed to place a team in New York.  The New York Stars were announced as an inaugural team in 1974, but the team was forced to relocate to Charlotte during the season, a fate similar to league’s Houston Texans which moved to Shreveport.  Chicago and the Los Angeles area (Anaheim) were represented in both of the league’s seasons.  The larger amount of franchises and level of play gives the WFL an edge over the XFL despite an utter lack of franchise stability.

The AFL has grown since its inception in 1987, playing a different brand of football and during the spring, the AFL has avoided competition with the NFL, and instead has actually cooperated with it, as games are aired weekly on NFL Network.  Now with seventeen franchises, the league has a wide footprint despite its declining popularity.  Having been founded twenty-five years ago, the AFL has the longest longevity to date of any league on this list, and is third the number of franchises.  Franchise stability has plagued the league, however, as it has only once gone a season without a franchise folding, suspending operations, or relocating.

The United States Football League was a spring football league that initiated its own rapid decline as it attempted to switch to a fall schedule, competing directly with the NFL.  Though it only lasted four seasons, the USFL did what no league previously mentioned on this list could, it became a true major league that could compare to the already established league.  In its inaugural season, the USFL boasted twelve franchises and had expanded to eighteen by its second season, before falling down to fourteen by its fourth, and final, season.  Those eighteen teams are the second most on this list and franchise stability was respectable for a league so young at the time.  Its ultimate fate was folding, much like three of the previous four leagues mentioned, but this fate will not be seen again in these rankings. 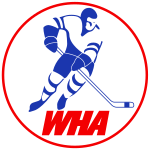 The WHA failed in the US’s top three markets, moving out of New York is 1973, Los Angeles in 1974, and Chicago (which folded) in 1975, and couldn’t survive in Toronto either.  Franchise stability was lacking, with only four of its original teams lasting throughout the entirety of the league’s lifespan.  However, the league succeeded in signing away star players from NHL rosters, giving it true major league talent.  The four franchises that lasted in their original markets, Alberta (rebranded as Edmonton in 1973), New England (renamed Hartford after merger, relocated there from Boston early in its history), Quebec, and Winnipeg would merge with the league into the NHL.  Of the four, only Edmonton remains in its original market.  Hartford relocated to Carolina, Quebec to Colorado, and Winnipeg to Phoenix in the years following the merger.  A new Winnipeg franchise of the same name would come in 2011 after Atlanta relocated.

The CFL wasn’t a true upstart league, created through the merger of two football unions, but has really taken off and has become the second most popular sports league in Canada after the NHL, and for a while was able to compete with the NFL for players.  The NFL dominated a series of interleague exhibitions with the CFL, but a CFL team won the last exhibition.  CFL franchise stability has been good, with the eight current teams being the same as the original league, with the exception of Ottawa, which is to return to the league around 2015.  The original Montreal team folded, and multiple attempts were needed to bring it back, as was the case with Ottawa. before the Baltimore franchise relocated (to Montreal) and stayed there permanently.  The Baltimore team was part of a failed venture by the league into the US, which also featured teams in Birmingham, Las Vegas, Memphis, Sacramanto, and Shreveport, and was the only time the CFL had a true problem with franchise instability, as no US franchise lasted more than two years in the league.

The ABA was a strong competitor to the NBA for a decade, but franchise stability wasn’t the greatest, as relocations were frequent, and foldings weren’t rare in the league that only added one expansion team in its history, which would fold after three seasons.  Innovations the league made such as the three-point shot would later be incorporated into the NBA after the two leagues merged.  Like the WHA, four franchises would join the established league – San Antonio, Indiana, Denver, and New York.  However, unlike the WHA all of these franchises remain in their original market.  New York relocated to New Jersey, but relocated back to New York, in the Brooklyn area, in 2012. 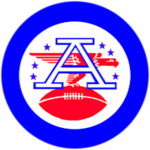 The AFL would not take long to merge into the established league, with a partial merger in 1966 before a full merger in 1970, the AFL had ten franchises and, unlike the ABA and WHA, all were accepted into the new league.  The league kept a franchise in New York, competing directly against the historic NFL franchise already there, but was only able to survive in Los Angeles for one season before relocating the team, and never had a Chicago team.  Throughout its ten year history, it never folded a franchise, saw only two relocations, and only one additional rebranding, giving it the greatest franchise stability outside of the big four that the nation had ever seen.  The league certainly has the credentials that it could have the number one spot on this list, except for the fact that there is one fate better than a merger.

When the MLS was founded, very few expected that it would be this successful. The American public still hasn’t completely embraced soccer, but the league is thriving despite all odds, and is getting stronger every season.  With the exception of San Jose suspending operations while all of its staff and players were transferred to an expansion franchise in Houston (San Jose would later return), the MLS has never needed to relocate a franchise, and only folded franchises in its infancy.  The MLS is currently in its seventeenth season and is boasting attendance figures surpassing those of both the NBA and NHL.  The league has national television contracts with NBC and ESPN, and has expanded to nineteen teams with a twentieth due no later than 2014.  The league started with ten franchises in 1996, including one in New York and one in Los Angeles. By 1998, the MLS would include all three of the US’s largest markets with the addition of Chicago.  Two franchises would fold in 2001 as the league went into a temporary dormant state with no expansion.  But since 2005, the league has expanded by at least one team every season, and since 2007 has been the top league in Canada as well.  Three Canadian franchises have been added since then, with Toronto in 2007, Vancouver in 2011, and Montreal in 2012.  While the league still doesn’t compare to the top leagues in Europe, the MLS’s potential has been frequently praised by analysts.  With growing Hispanic populations in the United States, the love of soccer in the Cascadia region, and Canada’s newly found affection for the sport, the sky is in the limit for the MLS, and with higher attendances come higher revenues, and with higher revenues come more world class players.  While perhaps it is still a long way off, becoming a major league, changing the “Big 4” into the “Big 5” and surviving is a favorable outcome to merging.