“Coaching, or perhaps a front office NFL job, could be in McCown’s future. In fact, the Bears gave him some feelers when they released him in training camp. But for now, maybe for a few years even, the 33-year-old wants to play. And he wants to play in Chicago.”

“Marshall said the biggest difference between Cutler and Campbell is that Cutler ‘likes to run around a lot,’ while ‘Jason is more of a pocket guy.'”

That is true. But the one difference that became very apparent early in the third quarter of the Texan’s game was the fact that Campbell is much more of a “timing” quarterback. Where Cutler is more likely to hold the ball, look around, see who is open and deliver, recievers were getting the ball from Campbell immediately as they turned out of thier breaks last week.

In many ways, Campbell would have been the perfect quarterback for former Bears offensive coordinator Mike Martz, who has made a living teaching quarterbacks to do this. As it is, the receivers need to adjust to the new style, something which they did well last week.

“The 49ers will lean on their Tank personnel (one wide receiver, two tight ends, two backs) to establish the run and set up their play-action passing game. Look for schemes that will target the Bears’ eight-man defensive fronts Monday night and test the eye discipline of the secondary.”

I couldn’t agree more. The Texans also successfully drew an eighth Bears defender up into the box by showing run personnel. They then frequently passed out of the formation hoping to get favorable matchups. I expect the 49ers to do the same thing, probably more effectively.

“‘He definitely has emphasized it, just based on how many times (the 49ers) run the ball. Especially coming off Houston last week. Houston was more of a stretch scheme. This week is more of a downhill, smash mouth football.'”

“Had Monday night’s opponent been a passing team, the Bears would have considered activating pass-rusher Cheta Ozougwu. But Amobi Okoye is 37 pounds heavier than Ozougwu and gives the Bears more flexibility against the run.”

“However, trying to be less intense has it’s ramifications as well according to Billick.

“‘Part of the problem is, the longer you are in it, to keep your priorities right and hold off the devastating lows when you lose, also means you are keeping an even keel and not enjoying the wins as much as you should,’ he said. ‘You end up in that gray twilight of not enjoying the wins and not showing too much in defeat.'” 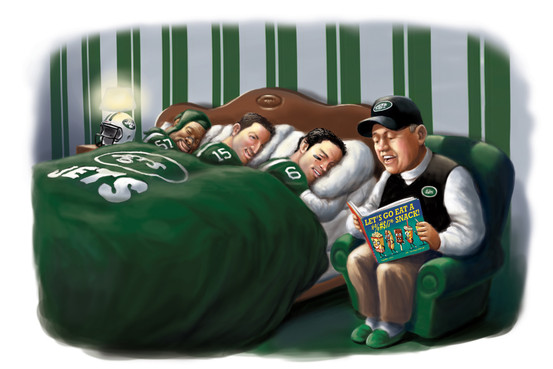 “Head coaches do not necessarily need players to like them but do need their respect and trust. The coach has to have the players’ backs. Andy Reid, the coach, certainly does. However, Reid is also in the less friendly role of general manager, signing off on all roster and financial decisions regarding players.”

“This is the major flaw of the coach/general manager model. Although Bill Belichick has been able to achieve sustained success, he has done so with cold and impersonal detachment, often not even responding to player discontent about roles or contracts, further infuriating players and agents. Reid, although a flat-liner with the media, cares deeply about his relationship with his players.”

Pompei, this time writing for The National Football Post points out that the NFL owners around the league seem to be taking a more heavy handed role in managing their franchises. I, also, have taken note of this and, like Pompei I think there may be a number of explanations for it. But if I were to pick the one biggest reason, I’d say it is encapulated in this statement:’

“Some of the aging owners such as [Bud] Adams [of the Titans] and Jerry Richardson of the Panthers, who fired his general manager midseason, may be less patient than ever.”

I think a lot of these owners are getting older and they want to win one more before they go. I have, in fact, sensed a certain degree of urgency from the Bears dating back to the Julius Peppers signing, which at the time I considered to be uncharacteristic. I love Virginia McCaskey and I hope she lives a long, long time. But the family must ba acutely aware that she isn’t getting younger.