Chicago Bulls small forward Luol Deng was traded to the Cleveland Cavaliers according to ESPN’s Brian Windhorst. The trade will reportedly bring Chicago three draft picks and the right to swap draft picks with Cleveland in 2015. With the trade, the Bulls make a statement about their future direction. The Kings currently sit at the fourth pick in this year’s draft, so it is unlikely that Chicago will receive the pick this season. In 2015, it is feasible that Sacramento could improve to a borderline playoff team and Chicago could get a pick between 11-14  from the Kings. Cleveland also figures to be a lower-tier playoff team in 2015, which could net the Bulls a pick in the 16 range. The Bulls have also turned second round picks into NBA mainstays Omer Asik, Chris Duhon and Aaron Gray in the past decade. The Bulls also could receive a top-10 protected pick from the Charlotte Bobcats, who sit at seventh in the Eastern Conference and 16th in a hypothetical NBA draft.

With the trade, the Bulls are also being talked about as prime contenders for free agency in the summer of 2014. New York Knicks forward Carmelo Anthony has been tied to Chicago. The Miami Heat trio of LeBron James, Chris Bosh and Dwyane Wade all have the opportunity to become free agents as well. The Bulls will likely not have the cap room to sign these players outright, but may have an opportunity to be players with sign-and-trades.

By trading Deng for salary relief and draft picks, Bulls’ management has conceded that they have decided to tank this season and build for the future. It has been said before, players don’t tank, organizations do. With Deng on the team, Chicago is good enough to contend for a playoff spot.

With Deng gone, this team is among the worst in the league and set up well to compete for ping-pong balls. With Rose out for the season once again, the Bulls are in the perfect situation to give up a year to build towards the future.

Heading into next season, Chicago’s pick will move into the top 10, if not even higher. The Bulls will also bring in European star Nikola Mirotic, of whom they hold the draft rights. Let’s say hypothetically that Chicago fell enough to draft Australian guard Dante Exum. The Bobcats’ pick currently sits at 16, which could allow Chicago to draft Kentucky center Willie Cauley-Stein. The Bulls will likely amnesty Boozer after the season. With these moves, Chicago could be looking at a rotation of (age at start of the ’14 season in parentheses):

With this rotation, Chicago would keep its elite defense in the frontcourt while also adding scoring on the win. Exum is a dynamic combo-guard with elite 6-foot-6 size and superstar-level slashing ability. Depending on how Rose recovers from his injury, the Bulls can look to either play Exum alongside Rose in the future or have Exum replace Rose as the number one option and relegate Rose to second. The Bulls would also add shooting in the frontcourt with the addition of Mirotic. Dunleavy would also likely play heavy minutes next to Rose and Exum to space the floor.

The rotation would feature only one player above 30 and five players on rookie scale contracts, so the team could grow together if things don’t come together in 2015. The Bulls would also likely have Cleveland and Sacramento’s first round picks in 2015, both likely in the 15 range. While it’s unlikely to get a star that late, rotation players are expectation and shooters are essential. If Chicago can steal on a shooter in the second round with one of their four second round picks, the Bulls have a chance to be championship contenders once again after only a one year rebuilding process. 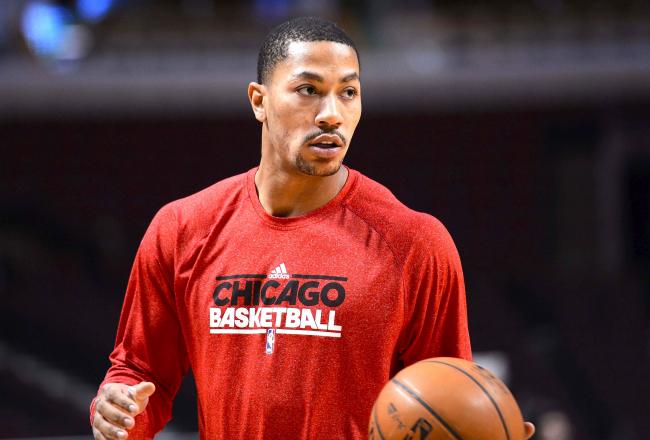 It’s unlikely that everything envisioned above will come to fruition, but certainly not impossible. By trading Deng and adding picks, Chicago sets itself up to rebuild in virtually only one season. Not only do the Bulls have a shot at a star in the draft, but they also have the tools to build an elite supporting cast of young players in the next year. Whether or not Rose stays healthy, drafting a young star to pair with Derrick Rose not only will help in the short term, but will help as Rose ages.

The chances of winning a championship were waning with a core of Rose, Deng, Carlos Boozer and Joakim Noah. An infusion of youth and perimeter scoring will take the pressure off of Rose and take the Chicago Bulls to the next level. It’s always sad to see a franchise mainstay like Luol Deng leave the franchise with which they started their career. However the trade allows Chicago to maximize Derrick Rose and get a step closer to a title. At the end of the day, that is the job of an NBA franchise.