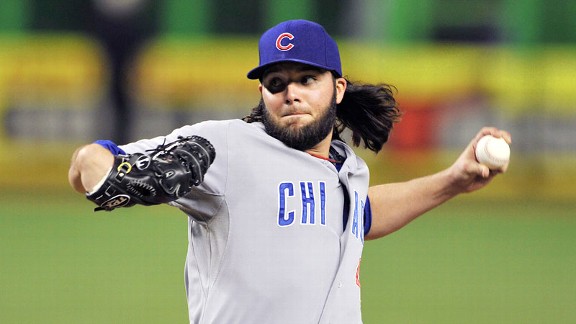 The Chicago Cubs have at least made one deal at the MLB trade deadline today. Just after the deadline hit, reports hit the web that the Cubs traded reliever James Russell and utility man Emilio Bonifacio to the Atlanta Braves.

In exchange for the two players, the Cubs will get Class A catcher Victor Caratini from Braves.

With Bonifacio and Barney gone, that opens up second base for Arismendy Alcantara who was called up earlier in the month. It also opens up the option of Javier Baez potentially joining the team later this season.

Confirming: As others have reported, #Cubs trade Russell and Bonifacio to #Braves.

braves get bonifacio and russell from cubs