After 13 memorable seasons in the NFL, Charles Tillman is finally hanging up his cleats for good. And he did it in the most fitting way possible…

The former second-round pick out of Louisiana-Lafayette affectionately known as “Peanut” spent 12 years of his career with the Chicago Bears, carving out a niche as an underrated cover corner and one of the greatest takeaway machines in NFL history, tallying 44 forced fumbles, 38 interceptions, and ranking 7th all-time in interception return touchdowns with eight—all as a member of the Bears.

Tillman never seemed to be in the conversation for the oft-discussed “best corner in the league” distinction, not necessarily displaying the lockdown ability that more well-known players such as Darrell Revis, Nnamdi Asomugha, Richard Sherman, and others have shown during his time.

But by the time his career was over, he had made a name for himself nonetheless, earning two late-career Pro Bowl nods (2011-2012), a first-team All-Pro selection in 2012, and a Walter Payton Man of the Year award for his outstanding charity work off the field.

In memory of the Charles Tillman the football player, here’s five of my favorite Peanut highlights.

1. Peanut’s four forced fumbles vs. the Titans (link to video below) 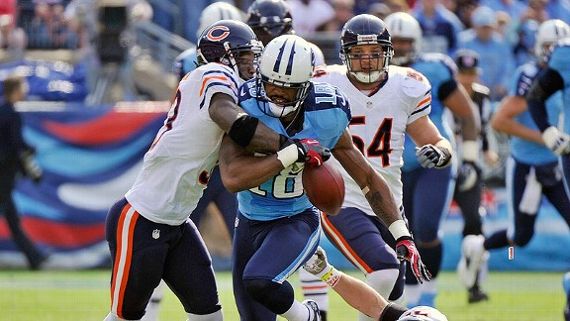 You know what they say: fool me once, shame on you. Fool me twice, shame on me. The third and fourth time? Don’t know what to tell you, Tennessee. The Bears were red hot at the time, opening the season 7-1 but failed to miss the playoffs.

2. Peanut steals a touchdown from Moss

Not just any man can commit stone-cold robbery against one of the greatest jump-ball receivers ever. The moment came in Tillman’s rookie year as the Bears pulled off the upset. This play arguably made a name for Tillman who went on to have a great career with the Bears.

3. Peanut blocks a punt vs. Broncos (link to video below) 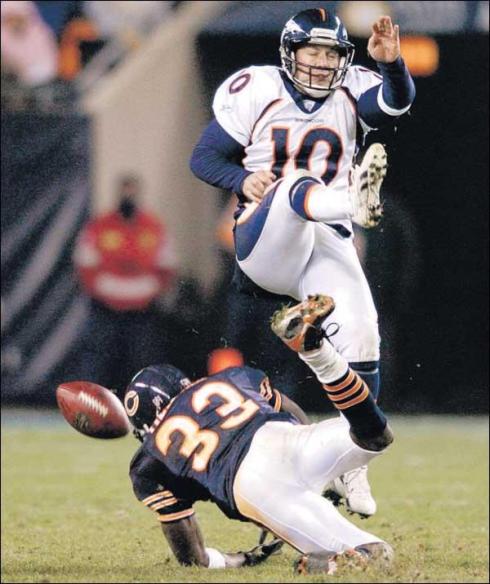 (2:24) This one ended up being known as one of many “Devin Hester” games. But the Bears probably don’t win if Peanut doesn’t play the hero on special teams, an underappreciated facet of his game.

There’s even a nice fan vid of this play…

4. Peanut helps the Bears complete the epic comeback (link to video below) 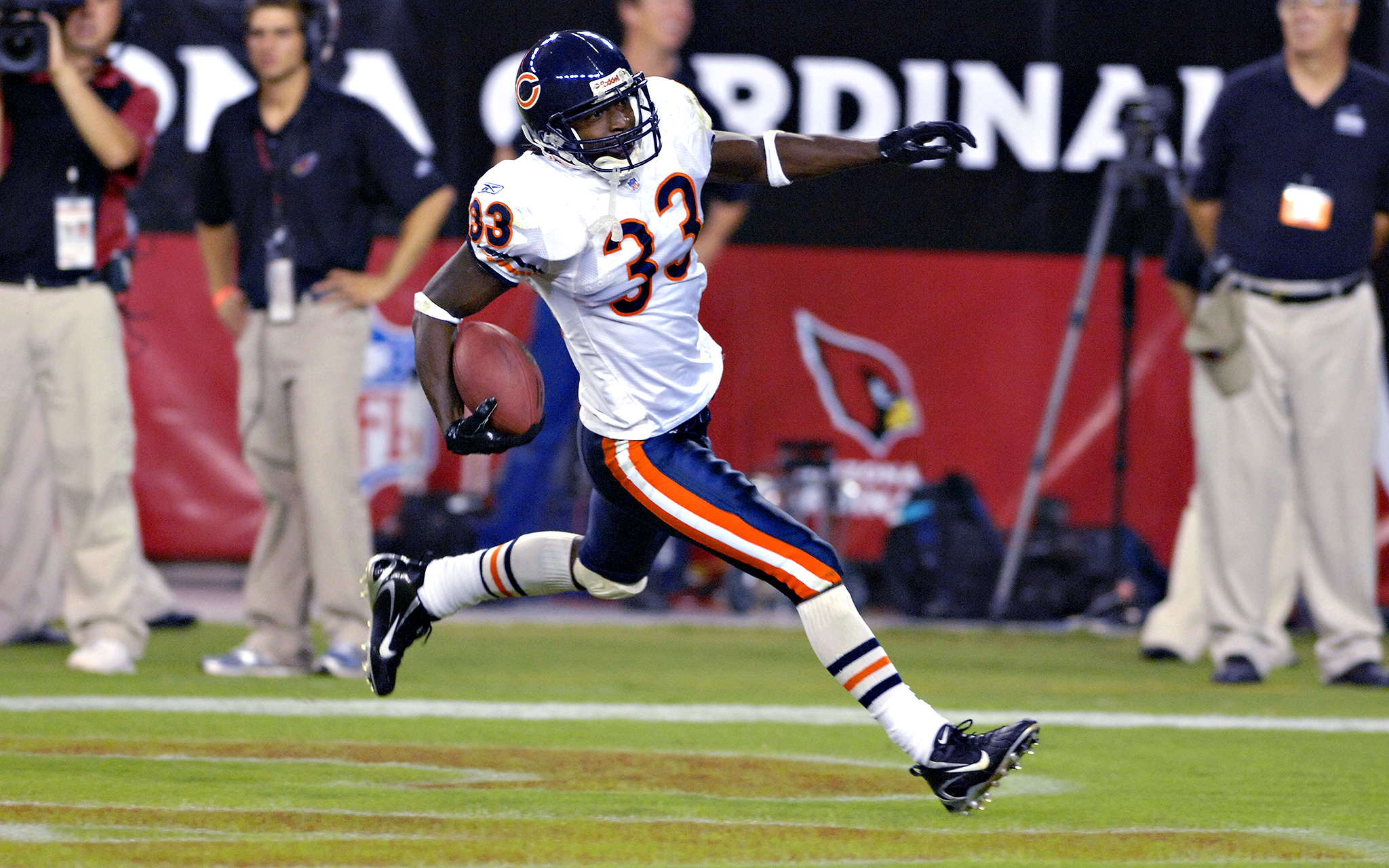 Eight of Tillman’s nine career touchdowns came on interception returns. The other one was right here (1:46), putting the Bears one Devin Hester punt return away from an incredible comeback and an all-time rant.

The Bears would go on to the Super Bowl that season.

Mike Brown wasn’t the only Bear that liked walk-off interception return TDs in overtime. Tillman ended a game in Detroit in 2005 by picking off Jeff Garcia. The Bears would go on to win the the NFC North division that year and earn the No. 2 seed in the playoffs.

Going up against a guy nicknamed “Megatron” is no joke. Then again, neither was Charles Tillman.

What are your favorite Peanut Tillman plays? Share some with us!