Every year we can expect injuries to hit the NFL, but at the pace they are coming in 2017, it’s hard not to be sent into a panic trying to figure out how to manage your team after only two weeks. Nevertheless, here we are at Week 3 with more names hitting the IR and some early-season waiver wire dandies starting to take control of the opportunities in front of them.

We are quickly approaching the real bye weeks (we see you Tampa and Miami), and aside from where all these rankings fall, make sure you pay attention to the bottom half of your charts. Good things come in threes, and with two solid weeks of waiver wire pickups already in the books, make the most of what’s to come in what should be a third straight week of decent options to fill out the end of your bench.

Aaron Rodgers is going to benefit from a porous Cincinnati offense making mistakes, giving Green Bay a short field. He is a no brainer #1 overall at the position this week. Past that, there’s some intrigue with Cam Newton facing the ever forgiving New Orleans secondary which should provide him with as good of an opportunity as he’ll receive to bounce back from last week’s rough outing versus Buffalo.

Through the QB2 tier, Alex Smith and Trevor Siemian are still in that “prove it” category for me. They are bound to come back to Earth at some point and Week 3 could be the wall for both of them. 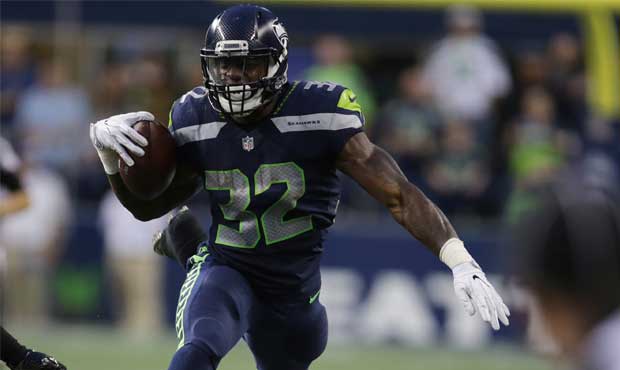 Do you think Le’Veon Bell is panicking over not signing a long-term deal with the Steelers? He might start to if he can’t get going against Chicago this week. Thankfully for Pittsburgh, Soldier Field is as terribly kept as Heinz so he should feel right at home. As for the RB2 on this list, yes, that’s Kareem Hunt. On pace to hit the 2,000 yards from scrimmage mark this season, all aboard the bandwagon!

C.J. Anderson has been a workhorse through two weeks and it will be interesting to see if he holds up. He’s a solid play this week at Buffalo in DFL. Meanwhile coming in at RB24 is the reason why you pay attention to preseason football: Chris Carson. The writing was on the wall that he had the most to offer in the Seattle backfield and after 20 carries last week, he could easily find himself a top 15 option past this week if all goes well.

Lastly, keep an eye on Orleans Darkwa. This could be the week he overtakes Paul Perkins as the feature back.

If it wasn’t for the Bengals’ terrible offense to this point, A.J. Green would be an obvious top 3 option this week but until something changes, he needed to be knocked down a peg or two. Now that the rust is off, plan on Odell Beckham, Jr. to have a stronger week than his debut on Monday night — keeping in mind all concerns about that Giants offensive line.

J.J. Nelson has been a pleasant surprise thus far for the Cardinals, who will probably have to look to the passing game going up against a Dallas team who should come out with a chip on their shoulder following last week’s stomping against Denver.

If you’re looking for deeper plays who should get plenty of opportunities, look to Jermaine Kearse and Rashard Higgins who should both be rostered in all PPR leagues moving forward. 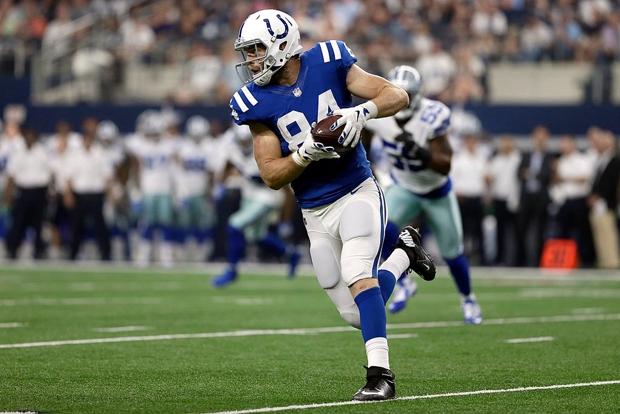 Gronk with his first injury scare in Week 2. This is going to be a fun year. Regardless, looks like he will play this week against Houston which keeps him atop the rankings, but don’t be surprised if New England reels in his snap count.

Jack Doyle is back on the radar thanks to the play of Jacoby Brissett and now that Antonio Gates holds the all-time touchdown record for a tight end, look for the Chargers to give Hunter Henry more opportunities. Following a 6 point output last week, Buffalo now faces a dangerous Denver defense that should come up with multiple turnovers on the day. Past the Broncos, the rest of the top 5 options this week should be solid considering the performance of their opponents thus far during the 2017 season.

Tampa Bay intrigues me the most on this list, as they showed some promise to be a viable starting defense last week, but the question is how much of that was Mike Glennon? We’ll find out this week.

Host of ChiCitySports’ The Bear Front podcast, Stephen previously spent 8 years with ESPN Radio and as a TV reporter. He is an avid fantasy sports player and is a former Fantasy Football Expert for Chicago’s 670am The Score.