CHICAGO, IL - JANUARY 18: Zach LaVine #8 of the Chicago Bulls looks on during a game against the Cleveland Cavaliers on January 18, 2020 at the United Center in Chicago, Illinois. NOTE TO USER: User expressly acknowledges and agrees that, by downloading and or using this photograph, user is consenting to the terms and conditions of the Getty Images License Agreement. Mandatory Copyright Notice: Copyright 2020 NBAE (Photo by Gary Dineen/NBAE via Getty Images)
Share
Facebook Twitter LinkedIn Pinterest Email

After reports that he could be on his way out, it looks more and more like Zach LaVine will re-sign with the Chicago Bulls in free agency

Chicago Bulls star Zach LaVine is going to be one of the most coveted free agents this off-season. The San Antonio Spurs, Portland Trail Blazers, and Los Angeles Lakers were rumored teams expected to make a push for the 27-year old explosive guard. Sources stated today that LaVine is expected to return to the Bulls. The terms of the contract will be in the 5-year, $200+ million range. The big question is whether the fifth year will include some sort of option.

After their playoff loss to the Milwaukee Bucks, it was reported LaVine would “enjoy free agency”. Life happens fast in the NBA.

Zach LaVine is expected to re-sign with Chicago, per B/R's @JakeLFischer

Chicago is coming off a season in which they improved significantly with additions like DeMar DeRozan, Lonzo Ball, and Alex Caruso. It’s important to keep the core intact while adding the missing pieces (Rudy Gobert?).

LaVine had been battling a knee injury for most of last season but managed to play through it. Moreover, he did have successful surgery over the off-season. Over the course of 67 games played, LaVine averaged 24.4 points per game along with 4.6 rebounds, and 4.5 assists. Paired with DeMar DeRozan, Chicago has two lethal scorers who are able to create their own shots. Getting back a healthy LaVine and Ball will be crucial to the team’s success moving forward. 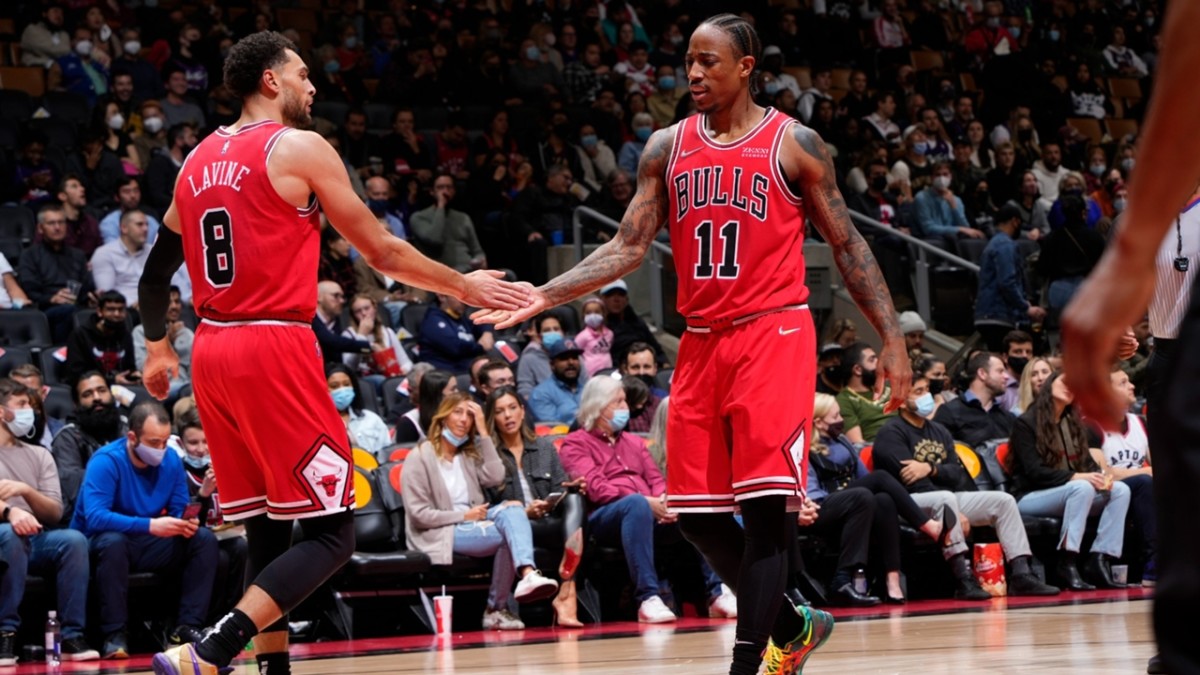 For the Bulls fan base, it’s a big sigh of relief to hear their star has a high chance of staying long-term. Chicago has something brewing and LaVine is a key cog in that plan. Hopefully after a contract for LaVine is sorted out, the Bulls can move on to address other roster needs in what will be a pivotal off-season.