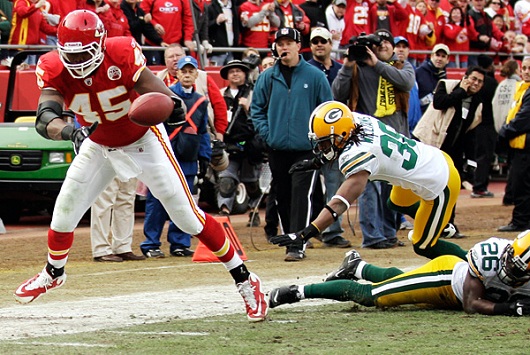 Today the bears locked up Leonard Pope for TE depth behind Martellus Bennett. Pope is a 7 year journeyman of the NFL having played for Arizona, Kansas City, and in 2012 Pittsburgh. Very nearly half (50) of his 105 career receptions resulted in first downs and he has accounted for 11 TDs. More than that, though, he is a very good blocking tight end and would complement Martellus Bennetts talents quite nicely. Bennett has certainly been making some waves at camp so far but Pope is definitely a good depth signing to back him up.  Steve Maneri and Fendi Onobun make up the second team roster but are still pretty green which makes this signing by the Bears astute to say the least. By the way, In 2011 Pope saved a little boy’s life from drowning so you KNOW he’s cool.