The Chicago Bears enter week 3 locked in a 4-way tie in the NFC North at 1-1. With their matchup against the Houston Texans looming the Bears have a chance to get to the top of the North with a win in Houston. Here are 5 keys to ensure a Chicago Bears W.

Slow down the run game

With unproven QB David Mills at the helm for Houston, the Texans will most likely try to run the ball and run the ball often. Last week the Chicago Bears defense allowed two huge performances from the Packers running backs and in week 1 they lost the rushing game greatly to the 49ers despite a win. In order to have success in this week 3 matchup, the Bears must shut down the run game and force the ball into David Mill’s hands. If they don’t slow the Texan’s run game down it will ultimately open up the field for Mills and his receivers. 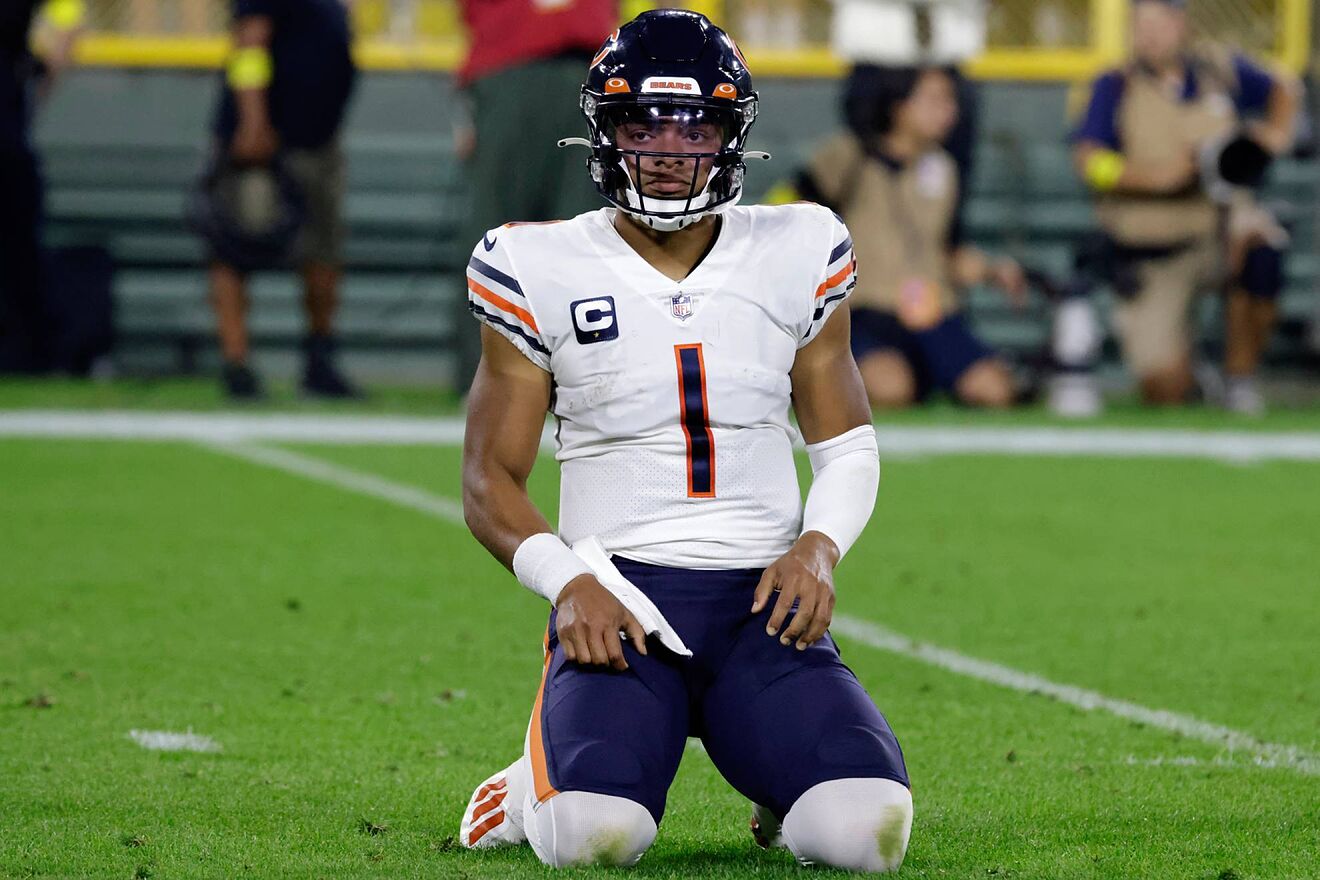 Last week in a 27-10 loss to division rival Green bay the Bears threw the ball just 11 times. I’m sure the Bears plan was to win the game on the ground but that is no excuse to limit your second-year QB to barely even 10 pass attempts. Fields needs to find a connection with the Bears top receivers in Darnell Mooney and Cole Kmet and in order for this to happen the Bears need to throw the ball more.

If the Bears come into this matchup against Houston with the same game plan as last week they will find that moving the ball downfield will become increasingly difficult as the offense becomes incredibly predictable. It is so important to have a balanced offense in today’s NFL in order to be successful and if the Bears come into Houston with a balanced offense, they should have no problem putting up points against a subpar defense.

Kyler Gordon must have a bounce-back performance Last week was a week to forget for Chicago Bears rookie CB Kyler Gordon. Gordon allowed 10 catches on 13 targets for 162 yards and 2 touchdowns. Gordon had the right attitude after a nightmare perfromance.

It’s frustrating but I’m not mad at it because I’m going to learn from it,” Gordon said. “It’s an experience that I want and I will learn and grow from.”

Hopefully Gordon learned from his mistakes from last week because he will have his hands full once again in this week’s matchup. The Texans receiver core features speed demon Brandin Cooks and Nico Collins. While these matchups present yet another test for the Bears rookie, it is also and more importantly a chance to bounce back and prove that he belongs in the NFL.

Exploit the poor run defense of the Texans

Expect another big game from Bears running back David Montgomery. The Houston Texans feature one of the worst run defense units in the entire NFL. While it is important that the Bears employ a balanced offense this week, it is also equally important that the Chicago bears give David Montgomery plenty of touches. Montgomery is off to a fast start in the young 22′ season and is currently on a 1500 yard pace. Expect the Bears to lean on Montgomery and Herbert early and often.

In order to give Fields more reps and the rest of the Bears an opportunity to click and get going it is absolutely vital that the Bears protect fields at all costs. With Chicago Bears starting center Lucas Patrick possibly returning the Bears O-line will receive a nice boost. Though Chicagos O-line has performed relatively well through two weeks with Fields only being sacked 5 times, Fields holds the highest pressure percentage at 56% so there’s room for improvement. The Bears will need to watch for Texans pass rusher Jerry Hughes whom has exploded out of the gate in 22′ with two sacks, an interception, and a forced fumble.