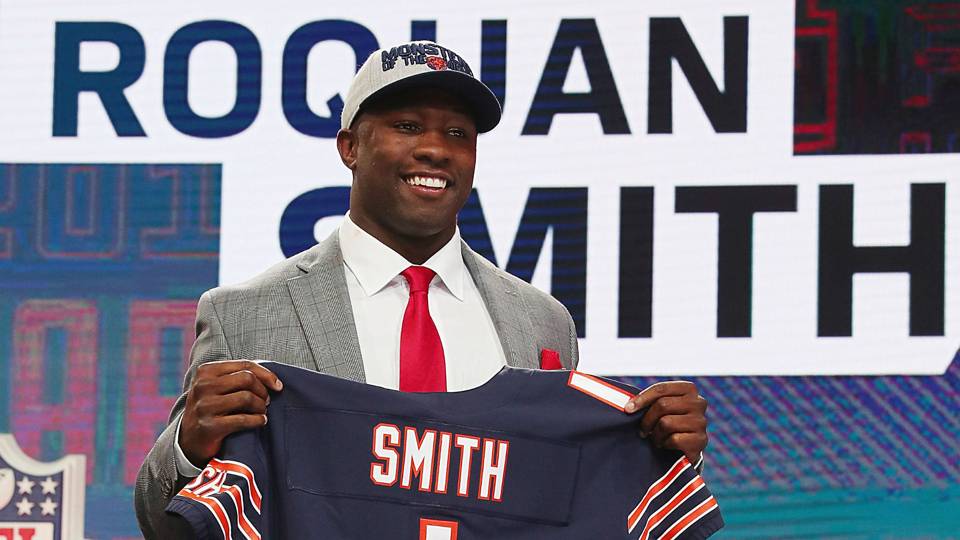 Roquan Smith has been a beast since entering the NFL in 2018. One national analyst has the Chicago Bears linebacker on their list of best players under 25-years of age. For a good reason, as Smith has amassed 524 total tackles in his four seasons with the Bears. 43 of those tackles have been for a loss. He’s also racked up 14 sacks in that time.

With the departure of Khalil Mack this offseason, Smith will be looked to as the leader of the defense. How the defense gels in the 4-3 will depend on how well he’s able to command the new defense. The stat lines have put Smith at 13 on Cody Benjamin’s list of Top 25 NFL players 25 and under. Here’s what Benjamin wrote of Smith:

Maybe it’s the Bears’ recent struggles that have hidden his elite impact at the heart of Chicago’s “D,” but Smith deserves even more recognition than a pair of All-Pro nods. He’s always been a heat-seeking tackling machine, but the last two years, he’s emerged even more as a presence in opposing backfields, totaling 30 tackles for loss since 2020.

The list presented by Benjamin was as solid as Smith raging through an offensive line to grab a running back before the line of scrimmage. This puts him in the company of former 2nd overall pick defensive end Chase Young and star wide receiver, A.J. Brown. This is right where Smith should be when he was selected as the number 8 overall pick in 2018 by the Bears.

Averaging 15 tackles for loss per season would be a great trend to see continue for Smith. Bears fans should be excited to see what Smith paired with a Matt Eberflus defense can bring. If Smith can handle the transition to the new system smoothly, he and the Bears’ defense should continue to be a challenge to opposing offenses this season—even with the departure of elite talent on the defensive line. In a linebacker-friendly system such as the 4-3, Smith could have an even better stat line.