The Chicago Cubs have eyes set on contending in 2023

As a dreadful season for the Cubs wraps up, sights are being set on how this team will contend going forward. The Chicago Cubs have known for months now that they won’t be participating in the postseason this year with every loss that adds up sealing that fate. Thankfully the Cubs will avoid a 100 loss season for the fourth time in franchise history but Cubs fans all around the globe are wondering what this team needs to do to improve. Here’s what the Cubs need to focus on this offseason.

5. Shore up the bullpen

Anyone who watches baseball knows that teams that win championships usually have a top bullpen. The Cubs relievers are ranked 22nd in terms of ERA. This is not going to cut it. Having Keegan Thompson as the long man in the pen is a no doubter for next season but what about the rest of the pen? Brandon Hughes has been a nice surprise for the Cubs this season but two guys won’t cut it either. Adding guys who have postseason experience and know what it’s like to be in a big spot would only help benefit the Cubs pen.

After not trading Contreas at this years deadline, a lot of questions were raised based on the organizations direction. There’s simply no way that the offers the Cubs received for Contreas are less valuable than the compensation pick they’d receive if Contreas signs elsewhere in free agency after extending a qualifying offer. With the free agent catchers available this offseason, it is an absolute necessity that the Cubs extend Contreas before he hits the market. If they don’t who knows who will be behind the dish for the Chicago Cubs in 2023, but i’ll tell you this, if its not Wilson Contreas it will no doubt be a downgrade.

3. Add frontline pitching to the rotation The Chicago Cubs have enjoyed the emergence of Justin Steele and aforementioned Keegan Thompson throughout the 22′ season. They also have top pitching prospect Hayden Wesneski ready to be added to the mix. With Kyle Hendricks season being cut short due to injury and another below average season from him, Hendricks can’t be counted on the way he used to be able to.

Luckily for the Cubs, they have options on how they want to address this issue. They could make a blockbuster trade for someone like the unicorn that is Shohei Ohtani, or they can sign either Carlos Rodon or possibly even Jacob DeGrom or maybe even Kodei Senga who is eyeing a move to the big leagues this winter. Either way the Cubs need to do everything in their power to add some serious punch to a rotation that desperately needs it.

2. The Chicago Cubs need a star

This upcoming offseason’s free agent class is and could be even more loaded. Particularly free agent shortstops. The Chicago Cubs could have their pick of the liter from names like Carlos Correa, who was consistently linked to the team last winter, Trea Turner, Dansby Swanson and possibly even Xander Bogaerts. The Cubs could also make a trade for Ohtani which would check two boxes, much needed frontline pitching and one heck of a bat to add to the lineup. The options to add a star to the fold are endless however if the Cubs come away with no stars this offseason, theres going to be some angry fans in Wrigleyville come next season.

1. A more permanent solution for first base 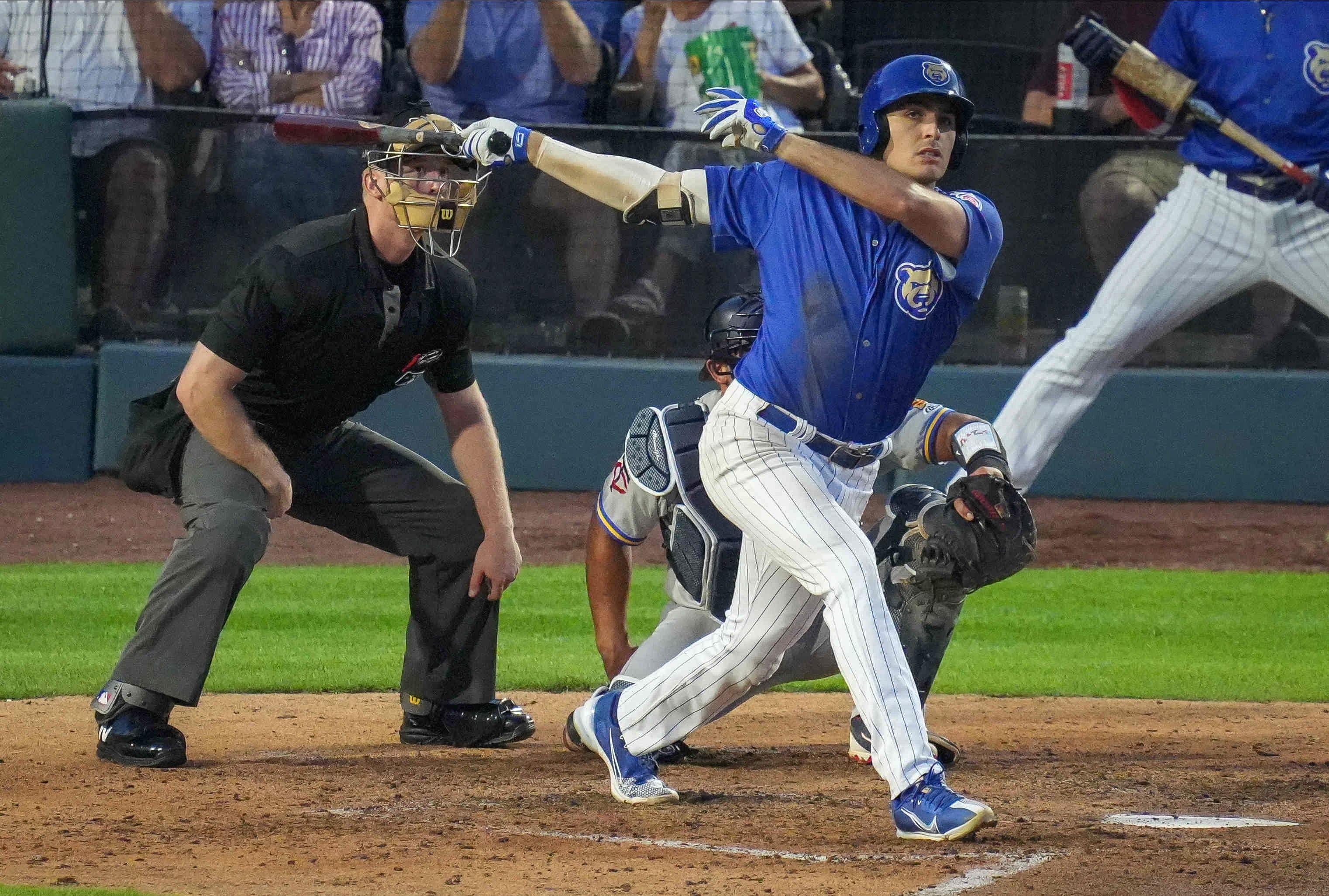 Ever since the Chicago Cubs and Anthony Rizzo have parted ways 1st base has been a revolving door for the Cubs. Luckily the likely solution will be inexpensive and within the organization already. That answer is Chicago Cubs prospect Matt Mervis.

If you aren’t familiar with Mervis, I suggest you familiarize yourself. Mervis has not only been one of the best performers in the Cubs minor league levels this season, but one of the best performers in all of minor league baseball. Mervis has absolutely dominated at every level the Cubs put him at. Mervis in 2022 has 34 HRs, 113 RBIs, and boasts a .311 batting average. In other words Matt Mervis absolutely rakes and is no doubt the future first baseman of the Chicago Cubs.