The Chicago White Sox start their season this weekend against the Detroit Tigers as they open up what they hope is a very exciting year. The ceiling for the team is a World Series while the floor is failing to make the playoffs which would result in a chaotic offseason. The opening week particularly isn’t going to be about whatever the White Sox win per se.

Rather, if there are any glaring issues within the roster or players look poised for a breakout season.

The White Sox have a roster built to compete for the World Series but there are more than enough questions with this roster. What will the bullpen look like with Craig Kimbrel gone? Who will step up in the middle of the starting rotation? There is a lot to focus on in the first few games of the season and manager Tony La Russa will have a lot to work on in a still maneuvering roster.

AJ Pollock’s Role in the Outfield

AJ Pollock was the major acquisition ahead of the 2022 season, helping secure outfield depth and finding a replacement for the injured Andrew Vaughn. Pollock initially is going to play in right field, playing alongside left fielder Eloy Jimenez and center fielder Luis Robert.

Pollock is one of the better fielders in the game and gives the White Sox a fielding advantage in the outfield. However, it should be noted that Pollock by trade is a center fielder and has been throughout his 10-year career with the Arizona Diamondbacks and the Los Angeles Dodgers. Moreover, the 34-year-old hasn’t played right field since 2013 when he briefly moved over from center in his early years with the Diamondbacks.

The transition will be relatively easy for the rangy fielder but as the season progresses, the question should be if Pollock will eventually move around in the outfield. Robert is the White Sox’s best fielder but on off days, Pollock will likely slide over and play center field. Moreover, the veteran outfielder can play left field to replace Jimenez throughout the season. The outfield movement will happen a handful of games into the season but watching where Pollock plays early on will be telling of how the White Sox use the versatile fielder. 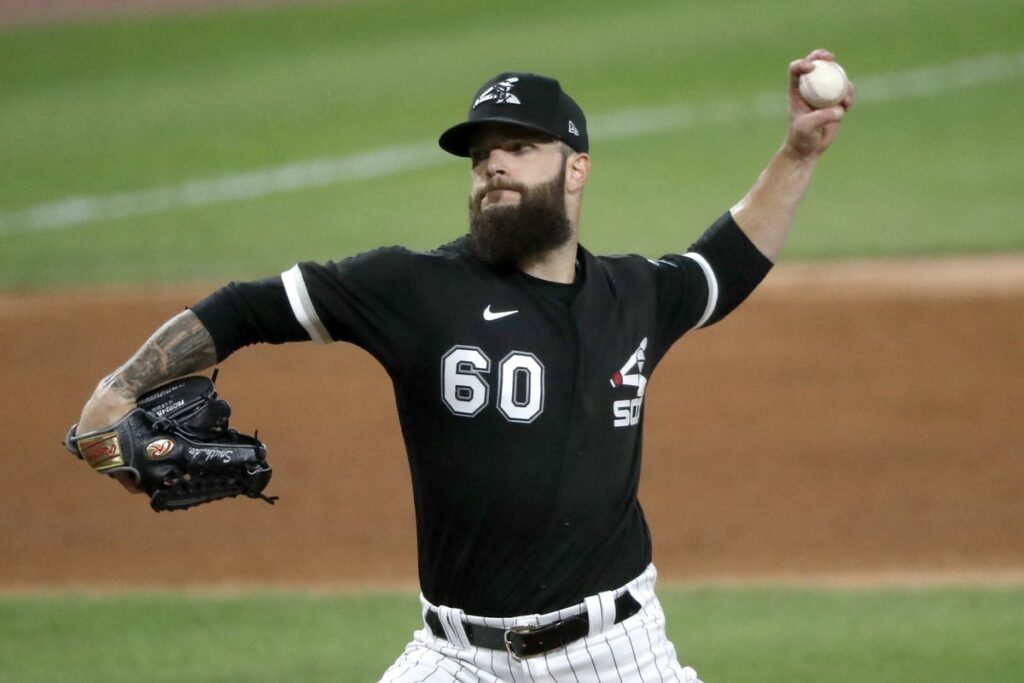 White Sox Backend of the Rotation

Lance Lynn is out to start the season and won’t make his first start until at least May. This is a tough blow to the White Sox rotation as they lose last season’s American League Cy Young Award finalist. However, the effect might truly test the later part of the rotation. Lynn was the ace last season, but Lucas Giolito, Dallas Keuchel, and Dylan Cease look poised to step up as the top three starters in the rotation early on.

The fourth and fifth spots in the rotation and possibly the sixth spot are up in the air. The signing of Johnny Cueto to a minor league deal can eventually help secure the rotation. Considering Cueto signed late in spring training, it’s likely going to take time for the 36-year-old right-hander to integrate himself as a regular. Likewise, 25-year-old Michael Kopech has the ceiling to become one of the best pitchers in the rotation. However, Kopech is expected to be on an innings count early on in the season, even as a starter.

This leaves the backend of the rotation in question. The first few games will particularly give us a glimpse at what the starting pitching situation is going to look like. A few promising starters are available but likely in limited roles.

Who Replaces Kimbrel in the Bullpen

The Pollock for Kimbrel trade helped the White Sox, giving the team a viable option in the outfield. Unfortunately, the trade subsequently opens up a hole in the bullpen.

Liam Hendriks remains one of the best relievers in the game and is building off a season where he pitched 71 innings with a .169 expected opponent Batting Average .320 expected opponent Slugging Percentage with 38 saves. Moreover, Hendriks was a surefire closer for the ninth inning but also gave the White Sox two strong innings at any point if need be.

The question is who gets the ball to Hendriks. Kimbrel was a trade deadline acquisition last year and the White Sox have the familiarity of life without the veteran reliever. However, this team was anticipating a bullpen duo that could secure a victory from the seventh inning onward. Aaron Bummer is still expected to play a major role in the bullpen. Otherwise, there’s still a lot in the air about who comes into the game and when. Yoan Moncada starts the season on the injured list with a strained oblique. Moncada slashed .263/.375/.412 with 14 home runs in 144 games last season and the White Sox will start the season without the emerging valuable hitter in the middle of the batting order. For the most part, the lineup is set. Tim Anderson leads off while Jose Abreu, Eloy Jimenez, and Yasmani Grandal carry the middle of the order. However, the depth of the lineup is going to take a hit. Watching how La Russa juggles the back half of the lineup early on will be telling of how the White Sox can score runs with the depth their roster possesses.