The Chicago Cubs and the curious case that is Nick Madrigal

As the dust settles from a wild MLB offseason teams have begun to turn their attention to within and analyze the team they have. Maybe one last sneaky good signing or maybe a team will catch lightning in a bottle with a player of the past. Regardless, the calendar has officially flipped to 2023 and that means we are less than two months away from pitchers and catchers reporting to their respective camps.

As Jed Hoyer and the rest of the Cub’s front office begin one last overview of their roster they will find that they have a predicament. That predicament goes by the name of Nick Madrigal. The 25-year-old and former 4th overall pick is entering his 4th year in the big leagues and if the Cubs retain Madrigal for the 2023 season he likely is going to struggle to get consistent playing time at the major league level.

With the Cubs bringing in Shortstop Dansby Swanson in the offseason that will shift Nico Hoerner to second base who had a career year last year. Naturally, one’s mind who is pro-Madrigal may wander to if Madrigal can play third base. Unfortunately, upon reviewing Madrigal’s history defensively he is strictly a middle infielder not even playing one game at third in his collegiate years or during his time in the minors. This makes sense as Madrigal would be viewed as undersized at the third base position. (Update: Nick Madrigal has been taking reps at third base this offseason possibly in the 3rd base mix per Jed Hoyer)

Nick Madrigal did not exactly make his case to be a part of the Cubs future plans in 2022. Madrigal appeared in just 59 games and slashed .249/.305/.282. While it is to be noted that Madrigal battled various injuries last season even still this is not what anyone expected out of the former 4th overall pick. Because of the Cubs current infield situation Madrigal’s time in Chicago is likely running out.

What are the Cubs options with Nick Madrigal?

Madrigal is currently under team control until 2027 and has three more years of arbitration (Cubs avoid arbitration with Nick Madrigal and agree to $1.2 million deal). With that being said the Cubs first option would be to simply do nothing. Let Madrigal play on the big league roster as a bench piece rotating in and out with Swanson and Hoerner whenever they need rest or if injuries arise. The second option would be to send Madrigal to triple A in Iowa where he can get consistent playing time and further his development. Lastly, the Cubs could trade him and the market for a young, controllable, middle infielder full of potential would likely be bustling.

When looking around the league and searching for teams that need a middle infielder the two that instantly come to mind are the Boston Red Sox and yes the Cubs rival on the south side, the Chicago White Sox. 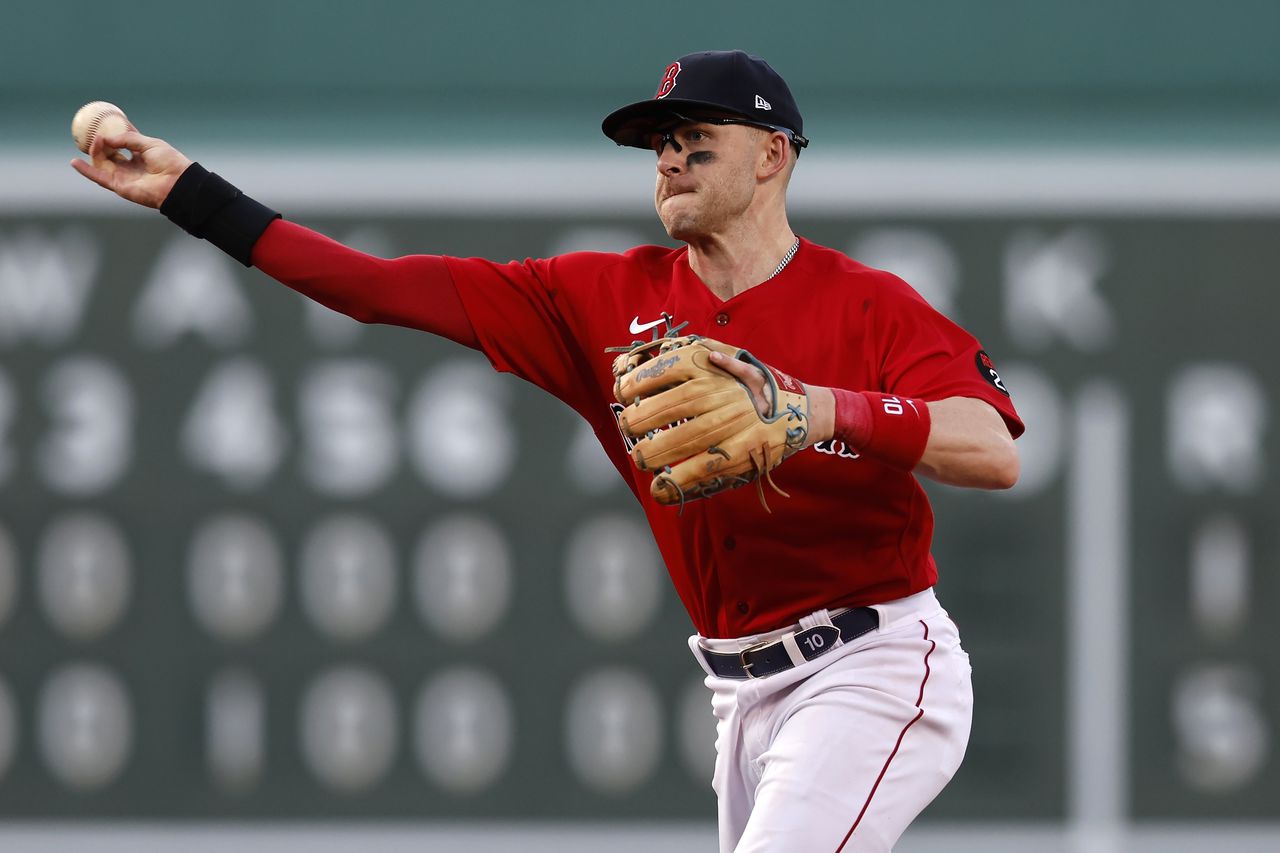 The Red Sox under normal circumstances would not be a fit for Nick madrigal but Trevor Story recently went under the Knife and will miss a good chunk of time and their long term shortstop Xander Bogaerts spilt to San Diego in free agency.

Current team with Story injured, as updated by @soxprospects.

If the Devers contract kicks in for 2023 as reported, the team has $3-4MM to spend under the first CBT threshold. pic.twitter.com/3iAcvXeghV

The Red Sox desperately need help up the middle and Madrigal would be able to be an everyday player for them and potentially revive his career.

The White Sox make sense as a landing spot for Madrigal for several reasons. They were the team that drafted him back in 2018 at 4th overall so they clearly see the potential in him. They also have a need at second like their “sox” counterpart. At the moment the White Sox are going into the season with Leury Garcia as their second-baseman who had a worse 2022 than Madrigal by offensive metrics.

The White Sox 4th overall prospect Lenyn Sosa could fill their need at second potentially. The catch with Sosa is that he is just 22 years old. Even after coming off a strong season in the minors (.315/.369/.511 and 23 HRs) the White Sox are unconvinced that his success will translate to the MLB.

With all the uncertainty at second the White Sox make a perfect fit for Madrigal, he would once again be able to be an everyday player and play consistently.