Surprised it took so long for this to be posted.

Chicago loses another one of their greats. Been a rough 5-6 weeks in the world of Chicago sports

The medical examiner's office did not immediately offer further details. There is some question about his age but the White Sox say he was 90.

"We have lost our dear friend and a great man," White Sox owner Jerry Reinsdorf said in a release. "Many tears are falling."

Minoso made his major league debut with Cleveland in 1949 and was dealt to Chicago in a three-team trade two years later. He made his White Sox debut on May 1, 1951, and homered in his first plate appearance against Yankees right-hander Vic Raschi.

It was the start of a beautiful relationship between the Cuban slugger and the White Sox.

Minoso, regarded as baseball's first black Latino star, was a Havana native who spent most of his career in left field. He is one of only two players to appear in a major league game in five different decades. He got his final hit in 1976 at age 53 and went 0 for 2 in two games in 1980 for the White Sox, who tried unsuccessfully over the years to get the "Cuban Comet" into baseball's Hall of Fame.

"When I watched Minnie Minoso play, I always thought I was looking at a Hall of Fame player," White Sox owner Jerry Reinsdorf said in an informational package produced by the team for a 2011 Cooperstown push. "I never understood why Minnie wasn't elected.

"He did everything. He could run, he could field, he could hit with power, he could bunt and steal bases. He was one of the most exciting players I have ever seen."

Saturnino Orestes Armas Minoso Arrieta was selected for nine All-Star games and won three Gold Gloves in left. He was hit by a pitch 192 times, ninth on baseball's career list, and finished in the top four in AL MVP voting four times.

Despite the push by the White Sox and other prominent Latin players, Minoso has never made it to Cooperstown. His highest percentage during his 15 years on the writers' ballot was 21.1 in 1988. He was considered by the Veterans Committee in 2014 and fell short of the required percentage for induction.

"My last dream is to be in Cooperstown, to be with those guys," Minoso said in that 2011 package distributed by the White Sox. "I want to be there. This is my life's dream."

Minoso, who made his major league debut with Cleveland in 1949, hit .298 for his career with 186 homers and 1,023 RBIs. The speedy Minoso also led the AL in triples and steals three times in each category.

Playing in an era dominated by the Yankees, Minoso never played in the postseason.

"Every young player in Cuba wanted to be like Minnie Minoso, and I was one of them," Hall of Fame slugger Tony Perez said. "The way he played the game, hard all the time, hard. He was very consistent playing the game. He tried to win every game. And if you want to be like somebody, and I picked Minnie, you have to be consistent."

Minoso appeared in just nine games in his first stint with the Indians, but he took off when he was dealt to Chicago as part of a three-team trade in 1951 that also involved the Philadelphia Athletics. He went deep in his first plate appearance against Yankees right-hander Raschi, and hit .375 in his first 45 games with the White Sox.

Minoso finished that first season in Chicago with a .326 batting average, 10 homers and 76 RBIs in 146 games for the Indians and White Sox. He also had a major league-best 14 triples and an AL-best 31 steals.

"I have baseball in my blood," Minoso said. "Baseball is all I've ever wanted to do."
Click to expand...

Coming to You Live 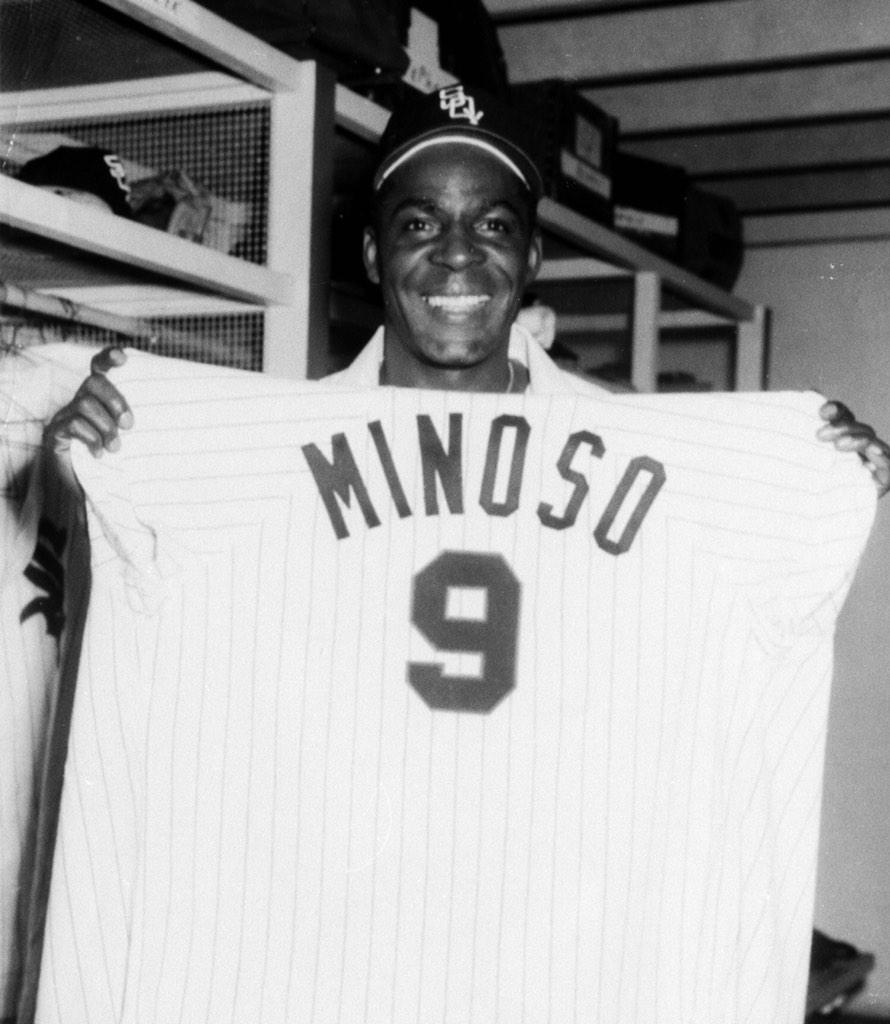