I don't care nearly as much anymore Good news - he had better stats last year than Robinson! This is one I’ve been hoping for. Good signing.

This is a good pick up for this offense

Pringles have always been my favorite chip Byron Pringle became a regular contributor for the Chiefs in 2021 -- what are our predictions for his free agency landing spots in 2022?

Pringle stepped up last season even while teammate Mecole Hardman took a slight step forward, too. It could be said that Pringle replaced Sammy Watkins while cutting into a borderline prime/post-prime Travis Kelce, whose per-game targets dipped from 9.7 in 2020 to 8.4, while his per-game yards dropped from 94 to 70.

These numbers might seem small, but they’re part of a larger story of a team that didn’t get what they needed from Watkins in 2020 — and likely understood the 32-year-old Kelce could not sustain his historically absurd TE production.

To his credit, Pringle has defied the odds for years. He first played college ball at Butler Community College. And after transferring to Kansas State University, he was probably more heralded for his return skills than his receiving prowess, despite serving as KSU’s No. 1 receiver in both years he played there. Subsequently, when he finally saw the field for the Chiefs in 2019 and 2020, he was the No. 6 receiving option (or No. 8 if we count their catch-capable backfield).

So, in examining where Pringle might go next, we have to understand and appreciate his highly unlikely path from playing at a community college to owning a key role on a Super Bowl-caliber team. A lot of teams could use someone like Pringle, who’s proven he can play effectively on the biggest stages and alongside the steepest competition.

It actually is a good signing. BaBaBlacksheep said:
This is one I’ve been hoping for. Good signing.
Click to expand...

Yeah me too. Been on the Pringle train for a while. Now he gets the chance to show what he can do being a more relied on WR and we give him one year to show us and then let him walk or re-sign him. Will cost us more to re-sign him if he shows to be legit but if he connects with Fields then it's a win. greg23 said:
Pringles have always been my favorite chip
Click to expand...

this is what i expected the wr room to look like

2nd round outside wr (pickens/watson)

Later round wr who can help in return/st

My guess is poles wants to feature him due to the KC connection?

He would be our slot option, then.

At the very least, a solid vet target.

So now we need at least one more outside guy? it costs a lot less than Robinson did the Rams. to be their like #8 target. I'm just looking at the economics here, people, cause that's the biggest problem the Bears have had.

Pace went all in spending money and trading mass quantities of picks away like it was a OMG WIN NOW situation when the team wasn't even worthy of making the playoffs at all. 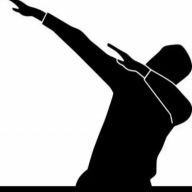 Solid signing, at least there’s some depth to the WR group now. Hopefully they can draft a stud with their 2nd rounder and that should be it.

and 69 others said:
Solid signing, at least there’s some depth to the WR group now. Hopefully they can draft a stud with their 2nd rounder and that should be it.
Click to expand...