Chicagosports89 said:
Says a lot about you that you've visited Indiana a lot
Click to expand...

Why argue if Illinois or Indiana is the worst Midwestern state? Wisconsin exists… Every other state hates them SiDe WaYs said:
Rather pay the extra taxes to say I don’t live in Indiana. Ahh America’s armpit
Click to expand...

It's not about being able to "say you don't live in Indiana", as much as forming an economic barrier to entry to keep trash like @Chicagosports89 and his "kind" out of your communities.
Last edited: Jan 28, 2022 2nd in turnovers is a significant upgrade right? where did the Bears slot, like 27th? also that's bend don't break defense, it's customary to give up a lot of passing yards. that's not some indictment the defense eats dick. stopping the run and not giving up 9 yards a carry is where it's at, something the Bears have been pretty sorry at for a few years now. I remember when you had to just wait for interceptions or Tillman punching footballs out of unsuspecting enemies hands. Lovie Smith's philosophy of getting at least 3 turnovers a game actually worked for awhile, I think the Bears need to get back to that. Dan Dakich, who works in Indy now, went so far as to say, "Good riddance," and that "Grandpa Bill" got one of his guys a job. Probably overstated and just one guy's opinion, but it seems to me we haven't seen any glowing praise on this hire.

Just win games, and it won't matter. But that's what we're forecasting, right? People are giving their honest opinion on how well Eberflus will do at winning games, based on his track record. modo said:
Actually with our pass rush the tampa 2 would be ok.

That defense relies heavily on the front 4 getting to the QB without the need for excessive blitzing
Click to expand...

That's what I've read to. Eberflus defenses had struggled when he didn't have solid pass rushers which shouldn't be a problem with Mack and Quinn on his lines. those are the same fans who never embraced milquetoast dick jauron....they simply don't understand the value of a clapping coach....it's been scientifically proven that coaches who clap subliminally influence their players modo said:
just so you have the info...

Sometimes issues with the defense and scoring could be due to the offense being super shitty by giving the opposition short fields, lots of three and outs, etc. It's good to know how much time a defense Bearey Palpatine said:
That's what I've read to. Eberflus defenses had struggled when he didn't have solid pass rushers which shouldn't be a problem with Mack and Quinn on his lines.
Click to expand...

a lot of defenses struggle without a good pash rush I read the whole thread. Kind of a mixed bag of opinions. Some blamed scheme, others blamed lack of talent. Lots of comments about players playing hard for him. More than a few comments about people thinking he might be a better HC than DC. I guess we will find out. More than anything, they need to nail the OC hire. 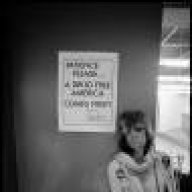 SiDe WaYs said:
Rather pay the extra taxes to say I don’t live in Indiana. Ahh America’s armpit
Click to expand...

That is Arkansas. Indiana is the south’s middle finger to the north.

modo said:
they live in Indiana
Click to expand...

ChiKhan said:
I'm sorry but it's got to be the dumbest state in the Midwest.
Click to expand...

Better then Illinois by every stat and metric. Now NW ind that is close to Chicago is a shit hole. Once away from Chicago it gets a lot nicer.

Noonthirtyjoe said:
Better then Illinois by every stat and metric. Now NW ind that is close to Chicago is a shit hole. Once away from Chicago it gets a lot nicer.
Click to expand...

Indiana's obesity rate is 4% higher than IL. That was the first metric I even looked up.

I'm not even going to research median income, because I would blindly bet that IL is higher.

I'm no fan of IL as a whole, but at least it has some sort of identity. Indiana doesn't have one. It's bland as fuck.

WI, MI, MN all have very pretty natural areas in them. These states shit on IN. Why is it the people who talk the most about obesity used to be self-indulgent, corpulent pigs? It's like they literally have fat 'on the brain' (or amyloid tau from all the mountain dew cans), Anti-fatsos are worse than virulent ex-smokers!

Indiana doesn't have their own baseball team; they claim the White Sox that I know of (our shit). depending where you are you're either a transplant Colts fan (you know, they weren't initially from Indiana), or probably a Bears fan (our shit). they have a Michigan City, a ripoff of the state of Michigan, and they have an East Chicago, a ripoff of our city (to be redundant and keep inline with my pattern, our shit)

it's true, they have no fucking identity of their own. it was pretty rad shopping in a Meijers in Indiana and not paying tax though years ago.

all the snarks in Indiana or Wisconsin want to point out that people are fleeing Illinois in droves. many of those people either lived in Cook County (as I do, but rent) and are fed up with the taxes and bullshit rules or are old fucks that think there should be 2 drinking fountains still. (I would know, I used to live on the state line)

Wisconsin is awesome when the Packers are inevitably eliminated from the playoffs. it's nice being able to not get tolled up the ass on their highways, they sure fucking got us there huh? If you don't like or have lived in Chicago at some time, then why be a Bears fan? The OP doesn't have an opinion of anything that is his own but can sure stir the pot. This thread was started by a troll to troll... might as well troll.

Indiana is an easy target, Wisconsin is fun if you like snow, Michigan is southern Canadia slums, Minnesota is fun until you lose a fucking toe from frostbite, at least pot is legal now in Illionois and you have the greatest city and the greatest team in sports... Cubs fans can stfu and go piss in their own town. Name Goes Here said:
Why argue if Illinois or Indiana is the worst Midwestern state? Wisconsin exists… Every other state hates them
Click to expand...

Except for the fact that anyone with money in northern Illinois has a place in Wisconsin that they go to relax and get the hell out of here. Basically no one knows how successful he will be as a Head Coach - the role he's actually going to be doing in Chicago.

Fangio was a great DC, was he a good HC, I guess not so much?

HC is more about temperament, man management, overall team ethos and ability to handle a lot of conflicting pressures. How he and Poles manage the hiring pot position coaches and the turnover of the roster will be the most interesting thing coming up this off season, not whether he can run a 4-3.

modo said:
Omelet has a point.....the people in Indiana are at least smart enough not to pay Illinois prop taxes
Click to expand...

Ever drove thru Indiana???? They all believe in the imaginary man that lives in the clouds.