I have followed Andy Dalton for his entire career. Here is the scoop on Dalton. PrideisBears said:
Good game against the Lions? When? He’ll be on a team next year, as a backup because he is mediocre
Click to expand...

He also had spectacular plays against the Cardinals? HeHateMe said:
He also had spectacular plays against the Cardinals?
Click to expand...

He did, Cardinals defense won a lot of FF teams due to them well here’s one. NFL.com thought so. But of course they know nothing compared to the football wizards on this board. 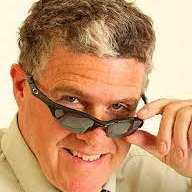 HeHateMe said:
He also had spectacular plays against the Cardinals?
Click to expand...

That one tackle he made was pretty spectacular

Get rich, or try dying

JurisFrog said:
Honestly, I haven’t really posted here that much, even after Dalton had the good game against the Lions. Seems like you guys are more interested in tearing everybody down and saying horrible things to each other than you are talking football. Frankly that’s not my favorite thing to do, so that’s why you haven’t seen me much.

Thats a lot to overcome and AD could not overcome it. He had some spectacular plays as well. Tough loss. Hopefully it doesn’t hurt his chances to land on a good team next year.
Click to expand... Dalton usually makes a few great throws every game. Problem is that he usually makes about as many or more ridiculously bad throws. The last INT was 100% classic Dalton int, all on Dalton. He has never been nor never will be better than a meh QB, despite being a good dude.

The OL actually did a good job pass blocking against the Cards. They did let in free rushers a couple times against the blitz, and it's tough to tell who to blame for those because we don't know the pick ups or hot reads, but against regular four man pressure they were good.

I can’t work out if I find Jurisfrog’s commitment to Andy Dalton admirable or strange.

I guess it’s a bit of both.

Andy Dalton is Andy Dalton, he has a long career to define the QB he is and that’s what we are getting.

As a Bears fan I’m just much, much more interested in the QB that Justin Fields could potentially be. It was a great run OP! Thank you for your time as a Bears fan. Good luck to you on your journey! Andy Dalton was a bust the day the Bears hired him, and he is still a bust today