I'm not talking about asking Bienemy to come over and be your OC.

The Bears need someone they trust to mold their most valuable asset---Justin Fields.

The Bears decided they did not trust Eric Bienemy to do that. (which is fine).

So why would they trust Bienemy's underling to mold Fields?

This is why Kafka as OC wouldn't make any sense. You're asking a Chiefs' positional coach to take on the most important position in the Bears organization, when you could've just hired his boss as your head coach but didn't. If that happens, that will mean either Poles is an idiot or Poles hates Bienemy for some justified or unjustified reason.
Click to expand...

Maybe the assistant has more ability than his boss? That is what being “an up and comer” means… EDPeezy said:
He’s in a yet to be named offensive coordinators hands.

Eberflus doesnt strike me as a guy who will have anything to do with the offense. I’m sure he gave the ownership his plan for Justin or whatver because he wanted the job. So he came up with something. But you’d have to think ultimately it will fall on whoever ends up actually coaching the offense. Eberflus has always been a defensive guy. So it’s a little far fetched to think he‘ll be hands on with Fields actual development. I’m sure he’ll be on some small level as HC. But a majority will fall on the OC and a couple of the other offensive coaching positions.
Click to expand...

I agree with your logic, but it doesn't really work like that with quarterbacks. Whether he wants to or not, Matt Eberflus will have to answer personally for Justin Fields' development and for the Bears offense, especially if it sucks.

He won't have the luxury of an offensive-minded head coach, who can just say, "That's Vic's territory," or, "You'll have to talk to Sean Desai about that." If the Bears offense sucks and Fields looks bad, he can't say, "Hey, you have to ask Mike about that." Boooooo not on the Shanny tree.

Visionman said:
Maybe the assistant has more ability than his boss? That is what being “an up and comer” means…
Click to expand...

Could be. That's what I'm saying. If Poles didn't even give Bienemy an interview, but let his coach hire Bienemy's employee as OC, that has to say something about how Poles views Bienemy. If not, it would just mean the Bears are idiotic. remydat said:
Cover 2 is what had Mahomes and Allen struggling early this year. Defenses are increasingly using schemes that guard against big gains, and it’s helping quash the big-time plays that have taken the NFL by storm in recent years.

The colts actually played alot more man this year out of a base 4-2-5. Alot of simulated pressure and safety blitz as well. Matt schemes week to week. This isn't your standard lovie Tampa 2. I’d love this hire personally. See @Visionman i can be positive.

What I’m hoping for is Caldwell + Pep combo. Assuming the plan was as good as reported. Getsy has had several interviews for OC....He may go to Broncos especially if Rodgers looks to be going there Caldwell + Pep might be happening I’ll feel a lot better if that’s the plan. Would understand why he took Eberflus as it means he got 2 out of the 3 guys.

Interesting that it is Poles interviewing and not Eberflus. Does this mean Eberflus agreed to let poles pick the offensive staff? 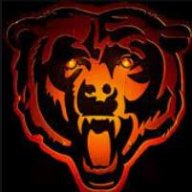 So is Pep Hamilton being interviewed?

"Hey guys, any news on Pep Hamilton by chance?"

onebud34 said:
So is Pep Hamilton being interviewed?
Click to expand...

I just posted mine because I know alot of losers have @Anytime23 on ignore so I wanted to make sure they saw the news. @Mighty Joe Young posting it is just overkill I can't bring myself to get onboard with Pep.

Dude can't last more than a cup of coffee with a team.... modo said:
I can't bring myself to get onboard with Pep.

Dude can't last more than a cup of coffee with a team....
Click to expand...