EJax bound to demand a trade modo said:
do all non-linemen GMs say that? Did Pace actually say this?
Click to expand...

No, did I say they did? Fans sure as hell do say that.
Bears have a long history of treating oline as unimportant. I know you've noticed the problem. Obviously there's something with the Bears organization that says this and too many fans embrace it and the staff has bowed down to it through many GMs/HCs. It's not a thing across the NFL, it's a Bears thing.

While the new GM may have been one of those nobodies passed off as doing something to fix the oline I'm sure his career at the position has him knowing it is important to protect the QB.

Who are all great ones at oline that Pace got? He ignored a good oline draft to get Smith and Mack. He got a center who can't play center. He re-signed Leno and Massie because he put himself in a hole by passing on the good oline draft to wait for a draft and FA period that had no options.
What he says doesn't matter, what he did or failed to do is what matters. He also said he was going to bring the Bears into the modern NFL and get us an offense. That wasn't how it played out. 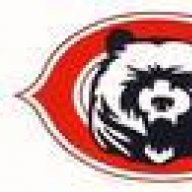 Visionman said:
Must be a typo. Why would Poles be interviewing him?
Click to expand...

He specifically said “we” (as in him and Matt) look forward to getting to work and assembling a top-notch staff and roster that will help us consistently compete for championships." QT McPennies said:
Pep Hamilton has experience but to me he's similar to Flip, way better as a QB coach versus calling plays. Feels pretty meh if he's the OC.

Whoever the OC ends up being, I just hope they have a run first mentality. I think the offense needs to be built around David Montgomery until Fields truly comes into his own.

Also, Rich Bisaccia as associate HC/ST coordinator would be a huge get. Looks like Goldberg too.
Click to expand... Or maybe, just maybe the head coach learns the offensive system and teaches the next OC how to run it. Or he takes over the play calling. Just maybe….. If they get Rich Biaccasi it is brilliant. I don't know much about either Poles or Eberflus, but I will say, when it comes to putting together a staff or building out their executive office, neither of these guys fuck around!

Some serious, serious talent they are recruiting. I can see how Eberflus won the job if he is building his staff out like this AND is committed to custom designing an offense exclusively for Fields...

dennehy said:
He has a horrific knee injury his rookie year (I still remember what it looked like - I didn't think there was a chance he'd play again) and the Bears let him go a couple years later. He reemerged a couple years later and had a solid career with Dallas.
Click to expand...

Columbo has been a coach for several years now and i hear a pretty good one. I think OL or something maybe the Giants. dont mind, but what an waste, no need adjust the defense and create more holes on the roster than an paper target, and we'll probably get nothing for Ejax, btw.

Dejo said:
It is back now