Jenkins back in last drive, maybe more. It has been the same shit unfortunately. O terrible; D better puckthefackers said:
Jenkins back in last drive, maybe more. It has been the same shit unfortunately. O terrible; D better
Click to expand...

They have them rotating.

Likely to get Lucas game action, so that he's ready to replace Mustipher down the line. 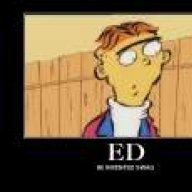 Looking at that play, the only real blocker who takes an L is Montgomery, Borum I'd give a Neutral grade on but everyone else was a plus. Jones Held more than long enough and Jenkins was the biggest plus really getting wins or at least assisting in the wins on 2 49ers (I call the double team with Musty more of an assist on his part due to the fact he had to hold him on his own for more than half the time, which he does well on this play. WR were likely not open or at least his first two reads. You'd hope that was the case, otherwise Fields is holding on to the ball too long.
You must log in or register to reply here.
Share:
Facebook Twitter Reddit Pinterest Tumblr WhatsApp Email Share Link