Being an Illinois fan is a bit, I don’t know – schizophrenic. We can reach unspeakable highs and unbelievable lows, all in a short span of time. In football that means two BCS bowls in the last twelve years… and also five seasons with a 1-7 or 0-8 conference finish. In those same 12 years, Illini Basketball went 74-22 in conference the first six years, including a title game appearance in 2005… and then 50-56 the last six years.

So as an Illinois fan, I feel uniquely qualified to write this. We’ve received invites to the Christmas party at Ohio State’s house (Nebraska got crazy drunk), but we also found ourselves stuck at an office party with Minnesota, wearing a short sleeve shirt and a tie, talking to Purdue about the fiscal cliff.

Having gotten to know each fanbase up close and personal for the last decade or so, I present to you The Hater’s Guide To The Big Ten For Terps Fans. Insider knowledge with just the right amount of Illini insecurity.

Nebraska
I start with Nebraska because they’re the latest entrant, having joined the B1G only two years ago. Wait, sorry, you’ll have to learn that. We don’t type “Big Ten” or “Big 10″. Once the logo changed with Nebraska’s addition, we just say “B1G” now, or “Bee One Gee”. OK, we don’t actually say “Bee One Gee”. I just wanted to see if you’d bite so I can snicker in the corner when you say “Bee One Gee” to Penn State at Ohio State’s Christmas party.

The only thing you need to hate about Nebraska fans is how well they travel. This is not an exaggeration – at the first Marlyand/Nebraska football game at Byrd Stadium, there will be 20,000 Nebraska fans there. Nobody knows where they come from. They’re like the 17-year locusts.

TV/Movie Character that best describes a Nebraska Fan: Hans Gruber, Die Hard. You hate him, but you kind of have a soft spot for him. And you struggle to understand what he’s saying when he’s angry.

Michigan
I have a friend who got divorced 17 months after he met his ex-wife. Met, engaged, married, divorced, all within the gestation period of a sperm whale. I remember him telling me how he couldn’t believe how much he fought with someone he didn’t even know 15 months prior.

That’s how you’ll feel about Michigan. You’ll barely get into the introductory period before you hate them. But deep down, in places you never talk to your friends about, you know you hate them because they’re better than you.

TV/Movie Character: Derek from Step Brothers. A word of advice. Never, ever ask a Michigan fan “are bonito fish big?”

Northwestern is supposed to be our rival, but it’s never really been a rivalry. In hoops, they’ve never been to the NCAA Tournament, and in football, we destroyed them for a long time, and now they regularly destroy us. Including this coming Saturday (which will be their last win of the season because they haven’t won a bowl game since the 1940’s).

TV/Movie Character: Ben Linus, Lost. Be careful having compassion for them initially. Because they’re really awful underneath.

Penn State
It’s hard to crack Penn State jokes. Because, you know, Penn State. But their fanbase has taken a wicked turn. It used the be the best place to watch an away game in the Big Ten – a very nice (and empty) basketball arena, and over-the-top polite fans in the football stadium.

But since the Pleasantville curtain fell, it’s completely different. They’re now conspiracy theorists. Everyone – EVERYONE – is out to get them. Including the Big Ten. Go find some random Penn State message board right now – I guarantee you’ll find a thread about taking Maryland’s place in the ACC.

TV/Movie Character: Earl Milford, Arrested Development. Because Penn State fans should neither be seen nor heard.

Indiana
You’re a Maryland fan and you’re thinking “but I LIKED making fun of Duke fans”. Maryland fans, meet Indiana basketball fans. Duke fans, minus the popped collar, minus some teeth. But still all of the overarching arrogance and banner pointing you’ve come to love to hate.

Indiana fans really don’t care about football. Neither does the administration. They actually sold a home game to Penn State a few years ago and played them in Washington DC. Seriously – call them up and offer to play their home game at FedEx Field. Pay them enough and they’ll go for it.

TV/Movie Character: Sack Lodge, Wedding Crashers. Bad clothes, bad manners, and you have to put up with their stories about scallops and otters.

That’s really all I have about Wisconsin. Cheese.

TV/Movie Character: The White Witch, Chronicles of Narnia. Skin that has never seen the sun, frightening eyes, and chunks of ice in their hair.

Michigan State
In the ACC, did you have a fanbase that self-referentially said the word “classy” a lot? That’s Michigan State. “Tom Izzo just did the classiest thing I’ve ever seen classed.” “Mark Dantonio just oozes class from his pores.” “I’ve never seen an AD with more class and dignity than Mark “Classy” Hollis. They love their class.

TV/Movie Character: Sideshow Bob, The Simpsons. They’re the Bob to Michigan’s Krusty – constantly trying to frame Michigan so they can teach the state the finer parts of high culture.

Wait – I have something: I’ve always had this theory that 85% of all TV Infomercial hosts went to the University of Minnesota. So, there’s that.

TV/Movie Character: Janice from Friends. In the end, you feel really bad that nobody likes her simply because of her accent.

TV/Movie Character: Marie Schrader, Breaking Bad. Why does Hank even have a wife? And what’s the deal with the shoplifting thing? Why does a great show need a Marie?

Iowa
You can never tell if an Iowa fan is being sarcastic. You’ll be talking to an Iowa fan at a party, and they’ll say something like “I really think Iowa can make the Elite Eight next year”, and you’ll chuckle before giving them the “wait, you were being serious?” Or you’ll get some “once the quarterback settles in his junior year I think back to back Big Ten title games are a lock – whether we win them is still in question.” Am I supposed to laugh? Nod? I never know.

TV/Movie Character: The guy on the Corona commercial who says “crushed it”. Self explanatory.

Illinois
This is a haters guide, right? So I’m supposed to tell you how to hate us? That’s easy. Illini fans are… overanxious. Remember the Maryland fanbase prior to the National Championship? How you were eager to both be named the Best Team To Never Win A Title AND to shed that title? That’s us, at least in basketball. In football we just wander around saying things like “Sleeping Giant”.

So when we make the Final Four, we descend on that city like 25,000 ex-girlfriends. When a recruit says something on Twitter like “which fanbase wants me the most?”, we tweet like teenage girls. Until we get that elusive National Title in basketball, we’re probably always going to be like this. And in football, we’ll just wander around saying things like “Sleeping Giant”.

TV/Movie Character: Kenny Bania. We’re pretty much just hanging around the Seinfelds of college athletics telling them the Ovaltine joke is gold.

What do you say to that? What insult doesn’t bounce back? How can you hate? Any ounce of hate is pretty much jealousy. Sure, their fans are smug, but wouldn’t you be? Just learn to repeat this: I live in Ohio State and Michigan’s world now. Thank you sir may I have a Ticket City Bowl?

TV/Movie Character: Don Draper, Mad Men. I don’t know about other Big Ten fans, but I pretty much go around in life hoping Ohio State will tell me to stop talking.
Click to expand... This is pretty damn awesome. Wait – I have something: I’ve always had this theory that 85% of all TV Infomercial hosts went to the University of Minnesota. So, there’s that.

TV/Movie Character: Janice from Friends. In the end, you feel really bad that nobody likes her simply because of her accent.
Click to expand...

Actually we usually close for all of hockey season....eh. :MinnesotaTroll:

whitesoxman77 said:
Actually we usually close for all of hockey season....eh. :MinnesotaTroll:
Click to expand...

Sorry I love college hockey, but when schools like Michigan Tech (my parent's alma mater) is a Division I school for hockey and division 3 for football should tell you something. 
dabynsky said:
Sorry I love college hockey, but when schools like Michigan Tech (my parent's alma mater) is a Division I school for hockey and division 3 for football should tell you something.
Click to expand...

Are you saying college hockey is devoid of talent? Or something else?

whitesoxman77 said:
Are you saying college hockey is devoid of talent? Or something else?

Not devoid, but it comparison to the other sports it is lacking when you look at the size of schools that are involved because it is truly regional based on the teams in DI. 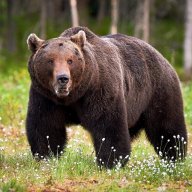 That had me rolling, Havoc


dabynsky said:
Not devoid, but it comparison to the other sports it is lacking when you look at the size of schools that are involved because it is truly regional based on the teams in DI.
Click to expand...

I see your point, I still wonder how the hell some of the schools we play are D1 It's okay MarylandBear we'll get through this together

whitesoxman77 said:
It's okay MarylandBear we'll get through this together


Sent from my Gopher hole using Tapatalk
Click to expand...

Fuck that. And now I here Louisville is ACC bound? what in the fuck does Kentucky have to do with the ATLANTIC repeat ATLANTIC coast conference. they should rename it into the WE ARE DYING AND ALL OF OUR FLAGSHIP SCHOOLS ARE LEAVING COAST CONFERENCE. fuck you MARYland.
You must log in or register to reply here.
Share:
Facebook Twitter Reddit Pinterest Tumblr WhatsApp Email Share Link