The Reason WHY THIBBS MUST GO!!!!

Many casual fans don't remember how bad the bulls have played MOsT of the season. He is a bad coach. Really! His players don't even know or respect the fundamentals of basketball. The Entire city of chicago had to yell and beg in the milwalkee series for the team to speed up their game, get into there offense QUICKER. SPACE THE FLOOR!! Are u kidding me. U don't know that u can't be right next to a player when u pass the ball to them.Space the floor means not bunching up. Have SPACE around the perimeter for a open pass. Hard cutting without the ball. MOTION MOTION MOTION

No IN GAME DISIPLINE WHEN A PLAYER DOES SOMETHING DUMB!
EXAMPLE ROSE come down the court one hand passes the ball from one side to a teammate with only glancing at him. NOT READING WHERE THE DEFENDER IS, just soft lazy pass. Does our coach hold him accountable? No!! Nothing, camera pans to Thibbs shaking his head, not saying a word to the player. That is a coachable moment.

How about not breaking players BAD HABITS that have killed this team all season.
EXAMPLE, ball goes to the post. player gets doubled, passes the ball out, gets swinged around the perimeter lands in Mirotic's hands and what does he do class? Instead of shooting a open three he pump fakes allowing the defender to get balanced and defend the play. Aside from during practice telling him how it hurts the team when he does this during games he does nothing about it. I would during practice make him run suicides for passing up open shots. During the game when this is done i would inform him that is one of the ways to Not get playing time on the court. Sometimes pull him out of the game and allow an assistant to talk to him. Sometimes you have to scream at a player to get the message through.

Another EXAMPLE is when Noah wants to be this point foward crap. Then hyped him up to think he should bring the ball up. Like he has handles. I have seen point guards want the ball and he ignores them and brings it up. I have seen our point guards bring the ball up and he comes asking for the ball IN THE BACKCOURT. THIS IS NOT AN ALLSTAR GAME. Tim Duncan can dribble just as good as Noah or better and he dosen't do it unless he can't get the ball to a wing player. Hell u don't see Taj doing that crap either. Because they know a big man's role is to rebound, outlet, bust yo azz down the court, get down low and ball out. Thibbs just allows him to do his awkward play style because they overvalued him from last year's gutsy team.

No motivation from the side-lines when the team gets into one of there funks of walking the ball up and shooting bad shots. No clapping his hands to snap them out of it or Yelling"come on guys get the ball in the post", or " we don't need to shoot a three this possesion". With the talent on this team how do u even go into a 7 minute scoring drought? We as fans see the team not attacking or executing running the set plays with a purpose on t.v. but our COACH just sits there and allows these things to just go on.

SUBSTITUTIONS!! WHY GO OUT AND IMPROVE YOUR BENCH WHEN A COACH HOLDS ON TO THESE OLD STUPID DUMB CODES ABOUT NOT PLAYING ROOKIES OR TRUSTING INFERIOR TALENT(Kirk Hinrich, Joakim Noah) I knew Mirotic and snell were going to struggle with there shooting because of confidence. You can't get to the FIRST ROUND of the playoffs and bench these guys against the milwalkee bucks. That was an opputunity to build there confidence not kill it. Snell is a 2 guard. How is Kirk off the bench at the 2 guard position before Snell. They all mess up on defense more than occasoinally so why bench Mirotic for a small mistakes. Yes i know there are times when he should be taken out. But to kill him from the rotaion at times is nuts. And how many draft picks did we trade up to get Mcderrmett? HE SUPPOSE 2 BE A KNOCK DOWN SHOOTER! HE CAN'T GET IN THE GAME WHEN WE HAVE A GOOD LEAD.

Last STARTING LINE-UP When we got Gasol in training camp Thibbs said he would evaluate which big men tandems would work best for the team. Now Gasol is clearly our most talented center(and can we quit with the he is a foward he is our tallest player) He can be a little soft at times on defense. Wouldn't it make sense to start a powerfoward that can defensively help rotate on the weak side. Also someone who can compliment Gasol on the offensive end. Gasol in low post taj at the high post. Or Taj in the low post and Gasol at the high post. That way Noah could anchor defense AT HIS NATURAL POSITION along side Mirotic. More space for Noah to do his passing thing. As well as a way to keep Gasol and Noah's minute regulated by them playint the same natural position. Mirotic needs a defensive center next to HIM. U can't just GIVE A GUY A STARTING SPOT BECAUSE HE'S ON THE TEAM. We have learned nothing from the JAY CUTLER DISASTER!! U DO WHAT'S BEST 4 THE TEAM.

it's too late now, just hoping our next head coach is just that a HEAD COACH, and not a guy that is labeled that because he won't sit down on the sideline and calls in defensive plays from the side. Oh wait that's WHAT A DEFENSIVE COODINATER DOES. No wonder it took him 20 years to get a head coaching job chicago. It had to be something. Sounds kinda familiar to me. (cough cough reverse MARK TRESTMAN)

Who can we replace Thibs with? Any chance Phil Jackson would want to escape the epic disaster that is New York? Why not put the big bodied muhammad in the game and use up some of his fouls on thompson and lbj?

Muhammad put james on his ass before

Excellent post. The truth is and that hasn't changed an inch since Thibs arrived. He is a Superb defensive coach he is no idea where to start when it comes to offence. The team on offence relies on instincts of players your don't see any thought in the game ,no drills ,no flexibility nothing. It's so evident that after each timeout ,which is the coach time to give direction ,we come out and achieve nothing. And yes he is rigid ,sticks to his rotations and shows no capacity to learn from his mistakes. The worst is that now we as a team embraced his mentality ,we play in order not to lose but we don't play to win. He thinks Defense is everything...Well guess again coach the court has 2 sides. Wow. OP gets to see what goes on in practice? 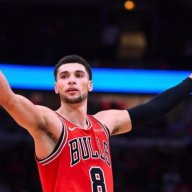 Rackshaq said:
Sometimes you have to scream at a player to get the message through.
Click to expand... 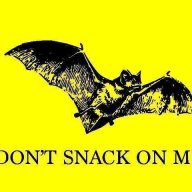 can u summarize in 3 sentence why Thibbs MUST GO?

HeHateMe said:
can u summarize in 3 sentence why Thibbs MUST GO?
Click to expand...

Just read the stuff in caps. Those are his/her BEST points imo yup thibs is the most overrated coach in the league

His losing to a crappy coach like blatt. Enough said. I saw the thread title and I chuckled a little thinking that you thought there was only one reason.

Last night I had to miss the majority of the game. I got home late from work and barely got to see the final 5 minutes of the fourth quarter.
From the sound of the game, we had made a decent come back and had some energy going our way.

I watched as we made our usual 5-6 mental mistakes per quarter and turned off the last 30 seconds. It didn't matter how close we were going to get, or even if we managed to pull off a miracle with a couple crazy shots.
Our chances to win that game were next to nothing. Mental mistake after mistake after mistake. These are things that have been going on for years now. And nearly everything you've listed happens on a regular basis.
I'm tired of watching the same team make the same mistakes over and over again.

I'm glad Thibs came to coach here and I've advocated for keeping him and giving him time to get the job done, but his limitations have become grossly apparent and apparently unchangeable, and it's very much time for him to go.
I worry about the rifts this is going to cause, but at this point, it needs to be done.

The only thing that I wish some would stop bringing up in regards to Thibs and his mistakes has to do with playing time.
How many minutes these guys are playing or have played over the past few years has absolutely nothing to do with the problems out on the court or our performance in the playoffs.
It was never about the quantity of minutes they were being asked to play, but the quality (or in this case, the intensity) of those minutes.

Blatt and Thibs aren't in the same category ,Blatt is a real BB coach while Thibs like most NBA coaches is a rigid conservative no imagination type pf coach. What Blatt did in Europe Thibs can only dream of achieving ,the NBA has very little talented coaches like popovich ,Jackson and a few more. It's ridicules the amount of crap he gets as a rockie coach which was punished to work with James ,he would adjust and dominate the league ,I wish we had him instead of mr play harder study the film auto drone Thibs.

Only me said:
Blatt and Thibs aren't in the same category ,Blatt is a real BB coach while Thibs like most NBA coaches is a rigid conservative no imagination type pf coach. What Blatt did in Europe Thibs can only dream of achieving ,the NBA has very little talented coaches like popovich ,Jackson and a few more. It's ridicules the amount of crap he gets as a rockie coach which was punished to work with James ,he would adjust and dominate the league ,I wish we had him instead of mr play harder study the film auto drone Thibs.
Click to expand...

He just admitted to being bailed out by tyron lue and lebron james. People are overriding him hence cavs success. 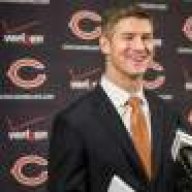 Pop > Thibs > Everyone else right now

Pop, Carlisle, Kerr, Kidd, Budenholzer and maybe even Rivers are all coaches you could argue being better

thibs has been horrible in these playoffs and really all year AirGordon7 said:
Pop, Carlisle, Kerr, Kidd, Budenholzer and maybe even Rivers are all coaches you could argue being better

thibs has been horrible in these playoffs and really all year
Click to expand...