Wiederer with an Update

When you run a business, you keep a short list for every position. Fucking guy is football illiterate and business dumb. Never mix personal feelings with business. It never ends up a winning combination 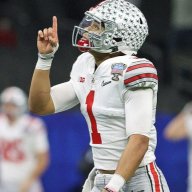 Pegger said:
BTW, just mentioning, local Philly media is blasting both owner (Jeff Laurie) and GM (Howie Roseman) saying Pederson was the fall guy. They seem to love Doug and hate Howie. The owner's press conference after letting Doug go did nothing to satisfy the savages who want GM blood...
Click to expand...

Who is on your HC wishlist? LetsGo34 said:
When you run a business, you keep a short list for every position. Fucking guy is football illiterate and business dumb.
Click to expand...

This to me was the most damning part of the tweet. I (dont agree but)understand if McCaskeys haven't yet decided if they are going to clean house - its a big decision to make. But to not already have a road map in place of what their next moves are if they go that option is gross negligence. This is why the ownership make so many dumb decisions - because they are winging everything without having the due diligence behind how their spur of the moment decisions fit into the larger picture. THese clowns are just making it up as they go, text book "I inherited this business and have complete job security" but its the Bears and not a local construction company. WindyCity said:
George is a loser, that is pretty much confirmed.
Click to expand...

true but dam i wouldnt mind be a loser who owns the bears. Hell i do ok at that already!

This team is so undisciplined too. That falls on Nagy.

You can tell Wims Miller and Trevathan play Booray in the back while the other players watch film and scheme for the next game. KennyH said:
I hope George understand the priority today is to the message boards and radio call in shows rather than showing due respect to employees he has been working closely with for a number of years.

Doesn't he understand there are people that want rash decisions so that they can get on with debating how bad those decisions are and how rashly they were taken!!!!
Click to expand...

Are you saying after watching the last 3 years of this offense, it would be a rash decision to fire Pace and or Nagy? That's like saying Mother Natures use of plate tectonics is a rash movement of continents.
Last edited: Jan 12, 2021 something tells me that the Bears are gonna blow it again and this time it's gonna be worse.

WestCoastBearsFan said:
it’s gonna be really funny when they fire somebody and can’t replace them with a better candidate because they’re all gone
Click to expand...

An internet insta-poll, a Ouija board, or a Magic 8 ball calling plays would be a better candidate, so not too worried. Didn’t scroll around to see if it was mentioned in depth, but saw that article from A-Rob post game saying he (and said the team I believe) didn’t know if Nagy or OC were calling plays. Disgusting (even if it isn’t true I still loathe Nagy and Pace at this point). They all need to go. Rob219_CBMB said:
something tells me that the Bears are gonna blow it again and this time it's gonna be worse.
Click to expand...

If they keep waiting you may be right 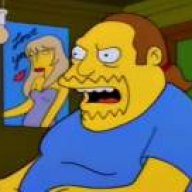 They are going over all of their options. In depth into everything.

why not make the move now SWEATY TEDDY? go on now and retire ASAP.

get the ball rolling...I meant why the fuck is he even here??? to tell George some dumb shit and then retire? hope not. that's like a dad saying hey..fix that fucking out dated 1988 lawn mower when you can just easily get a new one. have a feeling george will clean house and will have a true president of football operations in place moving forward...To eat 20 mill by cleaning house is a big time decision...

LetsGo34 said:
When you run a business, you keep a short list for every position. Fucking guy is football illiterate and business dumb.
Click to expand... Midway Nick said:
Who is on your HC wishlist?
Click to expand...

They have reached out to Lincoln Riley. I'd like that.

Owner, Jeff Laurie, has said he feels a strong offensive mind is needed, so any DC has to have a plan for that side of the ball.

At the end of the day Laurie gives the coach a blank check book to fill the squad. That's probably the most appealing part of the job. With Doug he was given a blank check book and his ideas of success we internally promote guys for OC and DC.

The interview will win the job. Whomever the head coach is they need to display a plan to fill out their coaching staff along with restocking the shelves when that group leaves. I'm not in the interview room, so I don't know who I like best. Sooo, everyone wants them gone or maybe one of the two. Fine, cool. Just who replaces them? Who the hell would want to walk into train wreck that Pace has put together? His rebuild after all this time has improved the Bears from horrible to mediocre. Great job!!!

Chicago4Life said:
have a feeling george will clean house and will have a true president of football operations in place moving forward...To eat 20 mill by cleaning house is a big time decision...
Click to expand...