Kyle Schwarber to join Cubs in Cleveland for the World Series 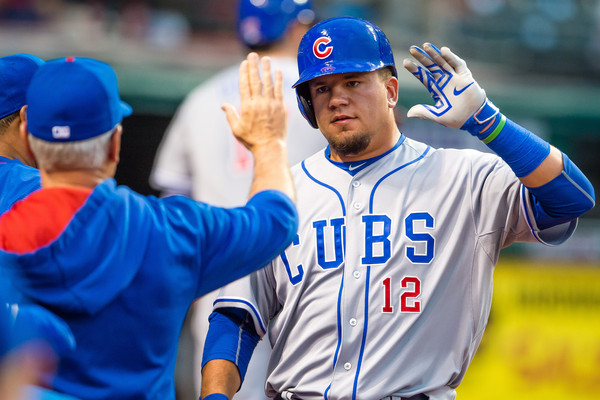 Is it actually happening?

Chicago Cubs slugger Kyle Schwarber could actually make his return in time for the World Series. On Saturday it was revealed that Schwarber was activated and added to the team’s Arizona Fall League roster. He then served as the team’s DH in their game Saturday night.

Now Schwarber is on his way to Cleveland.

The 23-year-old will play in one more AFL game on Monday, serving as the designated hitter and then is expected to join the Cubs in Cleveland.

The part still unknown is whether or not he will be added to the World Series roster. Schwarber was destined to join the team in Cleveland regardless, as he’s been with them for the majority of the postseason.

Joe Maddon doesn’t have to release his roster until Tuesday morning and there certainly will be a discussion about adding the young hitter. Especially since there’s a possibility of four games in Cleveland with the DH.

Schwarber made his Major League debut in Cleveland in 2015 and slugged a home run during the series.