What the Sox? Chicago takes another game in Pittsburgh

I can’t believe what I am seeing.  Yes they are only playing the Pittsburgh Pirates but the offense was once again alive!

All was quiet up until the 4th inning but that was when Alexei Ramirez decided to change that.  In the 4th Ramirez tripled deep to corner right field which scored Juan Pierre to score from first on the hit and run.  I guess you could say that hit and run worked to perfection.  It was then the hot hitting Alex Rios who singled to score Alexei. Carlos Quentin added to the parade of hits with a single of his own to score Rios.

In the bottom half of the 5th inning the Pirates got 1 back on the Crosby ground out.  That would make it a 3-1 game after 5.

The one guy that the Sox can always count on this year is Paul Konerko.  Konerko did not disappoint tonight as he also singled which scored Rios. Adding to the pain was Carlos Quentin who doubled deep off the center field wall to score Konerko. 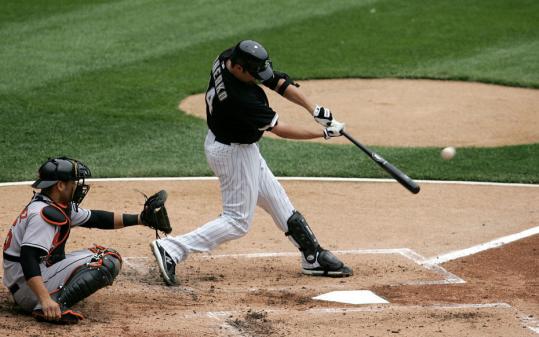 In the 8th it was Tabata who blasted a solo shot off Danks.

The Sox laughed that off by scoring 2 runs via the error.  The Pirates actually managed to committ 6 errors in tonights game, 4 in the 9th inning.  2 of those errors resulted in runs for the Sox.

The star of the game though was Johnny Danks. Danks went 8 innings allowing only 4 hits and 2 runs.  His ERA now stands at 3.18 and has a record of 6-5.  This was just the game Sox fans were waiting for as Danks pitched well and the offense gave him run support.  Tony Pena shut down the Pirates in the 9th.

The Sox will look to sweep the Pirates tomorrow night at 6:05 pm CT. 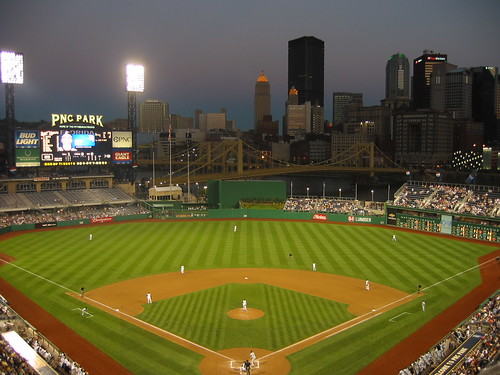