Tom Thayer at chicagobears.com explains the role of fullback Tony Fiammetta in running against an eight man front. 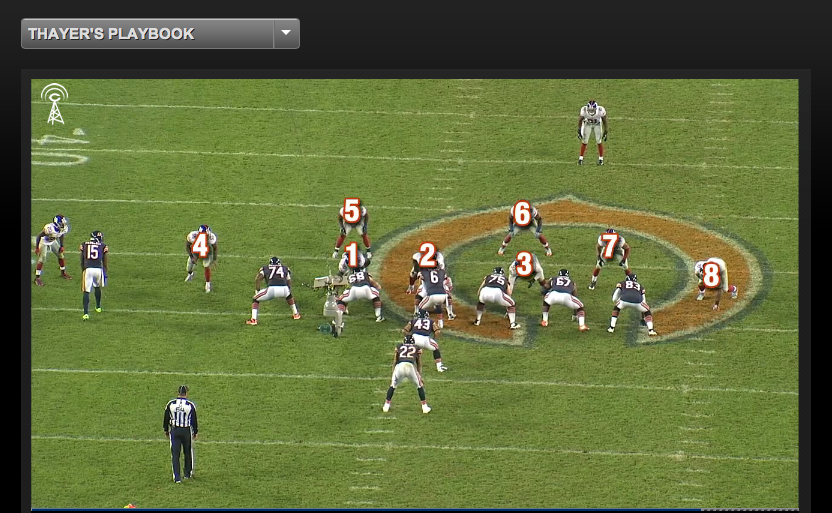 Thayer mentions several times that the Bears will be facing eight men in the box for much of the rest of the season but he doesn’t mention why. It’s a result of the fact that the Bears play a great deal of max protect in order to keep Jay Cutler clean in the pocket. For instance, notice in the screenshot above that the Bears have a tight end and two running backs in the game. This limits the passing options and leads the defense to bring an extra man closer to the line of scrimmage in order to either stop the run or to provide an extra pass rusher through the blitz.

The Bears ability to counter this depends upon good run blocking and the use of both Matt Forte and the tight ends, particularly Martellus Bennett, in the passing game. Fortunately both are excellent, versatile receivers as well as good blockers.

As much attention as is paid to receivers Brandon Marshall and Alshon Jeffery, it’s Forte and Bennett who will play the greater role in determining how the offense runs through most of the rest of the season.