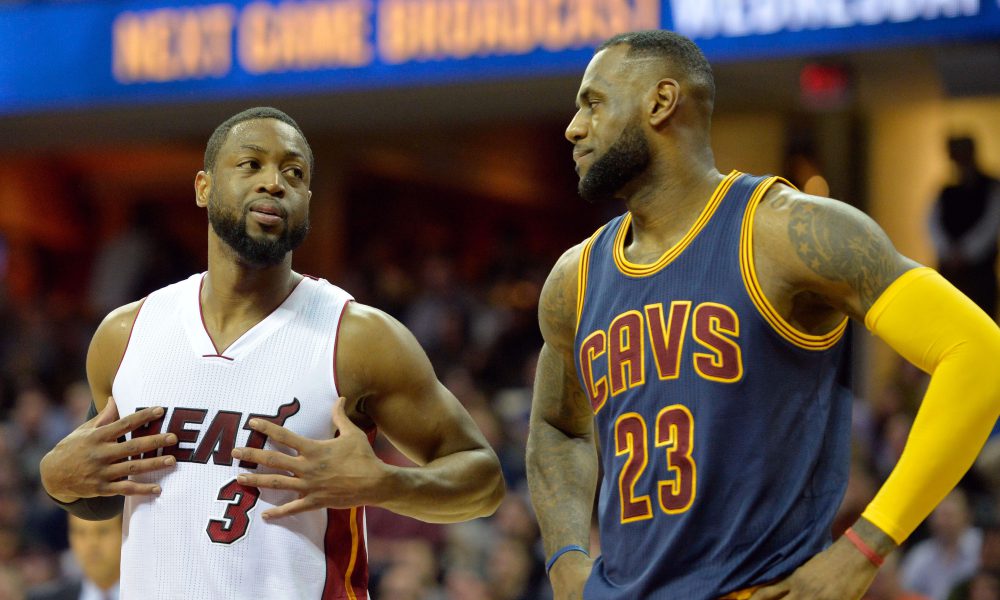 It’s not much of a secret that NBA superstar LeBron James has no problem taking part in a friendly wager when it comes to sports.

He definitely has more skill on the court then he does when it comes to predicting a winner. It wasn’t all that long ago when James had to pay up a sum of two cases of wine to Draymond Green due to the Ohio State Buckeyes losing to the Michigan State Spartans on the grid iron.

I can just imagine King James sitting back and shaking his head as Michael Geiger got down on his air guitar after drilling the field goal that won the game. Wade saw an opportunity and jumped all over it.

Wade and James became bff’s while playing together in Miami, or at least best friends until James took his ball and went home. The two have remained close despite the fact that they now play against each other a couple times a year.

It just so happens that their is a baseball series going down between the hometowns of Wade and James and what better way to kick off the NBA season then with a little side wager.

The night of game one of the World Series between the North Siders and Indians, Wade took to social media to propose the ordeal to LeBron and the stakes are pretty simple.

Not much is on the line other than pride and a fashion statement. If the Cubbies win the Fall Classic, LeBron makes his entrance into the United Center dressed in full Chicago Cubs uniform.

If the Indians are blessed with a miracle, Wade will make his way into the Quicken Loans Arena dressed as a member of the Cleveland Indians.

The possibilities could be endless for the loser.

I can imagine James making his way through the United Center with a full uniform along with the wig doing his best Harry Caray, “Hey Everybody” impression, and I can also picture D Wade spending some pregame time on the court looking like the “Wild Thing: from the Major League days.

Yes, it is just a small time friendly competition, but it does create even more excitement for Friday night’s game three at Wrigley Field.

Kyle Hendricks will be on the hill for Chicago going up against Josh Tomlin of the Tribe. Chicago was unable to get anything going in game one swinging against Kluber and fell 6-0. The Cubs came alive in game two of the series with Kyle Schwarber scoring a run and knocking in two off of two hits as the Cubs went on to a 5-1 victory.

It has yet to be determined if Schwarber will do anymore then hit in the series, but I am sure LeBron will being paying attention.