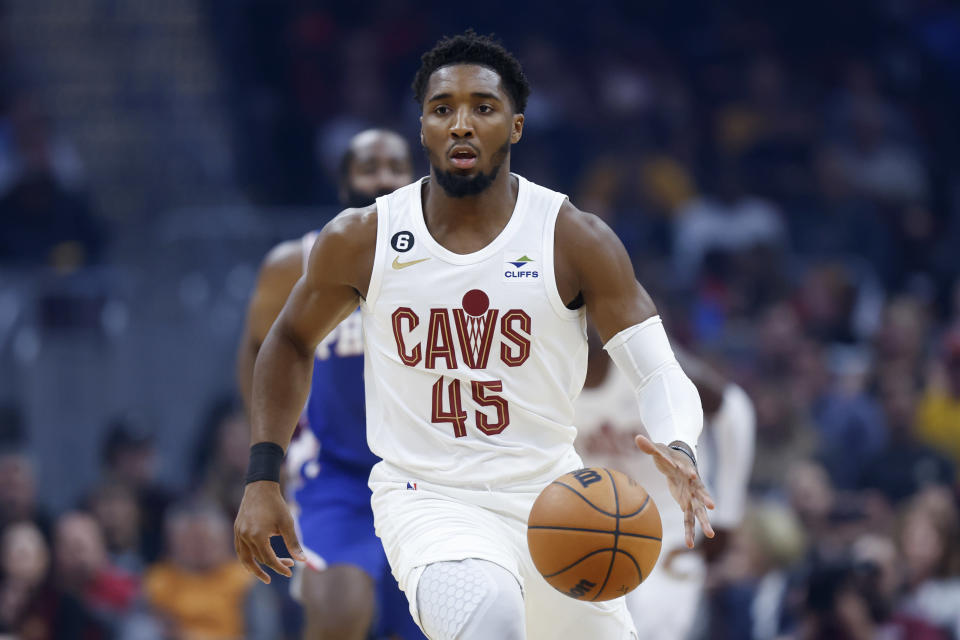 Part three of our Central Division preview is now looking at teams with real expectations. For parts one and two, you can read my Pacers preview here and Pistons one here. Today, we look at the Cleveland Cavaliers and how much of a factor they can be in this top-heavy Eastern Conference.

Lost in Play-in game vs Brooklyn

The Cleveland Cavaliers put their chips on the table and traded for Donovan Mitchell from the Utah Jazz in exchange for three players, three future first-round picks, and two pick swaps.

It’s hard not to be excited for this Cleveland Cavaliers team strictly as a basketball fan. Everyone knows how much they’ve struggled to really build a team that doesn’t have LeBron James on the roster, so to see GM Koby Altman put this roster together over the course of just three years is something to behold. Stealing Center Jarrett Allen from Brooklyn, drafting two studs in Guard Darius Garland and Forward Evan Mobley, then putting on the big-boy pants to go get Donovan Mitchell from Utah is extremely impressive. Cleveland is back.

Now’s the hard part. For the first time since 2017-18, Lebron’s last season in Cleveland, the Cavaliers are expected to win and win quite a bit. How much will they win? Well, I believe it’s mostly on them.

Cleveland won’t have a problem scoring. Garland and Mitchell can create their own shot plus create for others. Mobley, who’s only entering his second season, can step out and shoot the J and is lanky enough to finish over bigs. Allen is a lob threat at any point. Starting Small Forward has shown this pre-season that he can hit spot-up threes.

Defense is where this team can go from good to “oh damn, watch out” and that starts with the back-court. Neither Garland nor Mitchell is known for their defensive prowess and elite teams have guards who defend. Mitchell, in particular, was awful defensively in the playoffs against the Mavericks, and people then started to question how good he actually is. It’s time for Mitchell to become that two-way player everyone thought he should be by now and take that next leap into that top 10-15 player status.

Mobley, Allen, and Okoro should do a fine job holding up in the front court, giving Cleveland versatility on pick-and-roll actions.

Every basketball nerd loves Evan Mobley and you can go ahead and throw my name in that group as well. A 6’11 forward/center who can guard one through five and who can score in multiple ways, he stands out on both ends. The only gripe for me on his rookie season was that he shot 25% from three, but I expect that number to climb. I’ll be interested to see if Coach Bernie Bickerstaff allows Mobley to bring the ball up more in transition to create, as well as post up a bit more for offense, especially when it slows down in the playoffs. His potential is unlimited and he’s about five years away from his prime. Scary.

Rest of the Roster

Forward Kevin Love is the longest-tenured Cav, coming off a good season. Guard Caris LeVert is expected to be their scorer off the bench, though his effectiveness to create for others could be an issue as they inch closer to April and the playoffs. Ricky Rubio is back, giving Cleveland a solid backup Point Guard when he fully returns from his ACL injury.

The small forward position, currently occupied by Isaac Okoro, will be one to monitor the Cavaliers. If Okoro can average 12-14 points and can hold up defensively, then that’d be a real asset for this team. If not, look for Cleveland to be active in the trade market for another to fill that role.

I really like this Cleveland Cavaliers team and with some luck, Cleveland could end up as a top-four seed in a crowded Eastern Conference. I love the aggressiveness to get Mitchell and put themselves in the mix. Title contenders? I’d say a year or two away.