The Chicago Bears are facing yet another tough test with their Week 5 matchup against Minnesota. The Vikings have been playing like a playoff team since the season started and are currently sitting in 1st place in the North whereas the Bears are struggling to stay afloat above.500. Throw in the fact that the game is in Minnesota and the Bears are already in trouble before kickoff.

The Bears will face a completely different team from the one they saw last week in New York. The Vikings have an explosive offense and have some serious playmakers on that side of the ball. Whether it’s all-pro receiver Justin Jefferson, Pro Bowl receiver Adam Thielen or All-pro running back Dalvin Cook, the Vikings just have so many ways to hurt a team. This brings us to our next point, the most concerning matchups ahead of this weekend’s game. 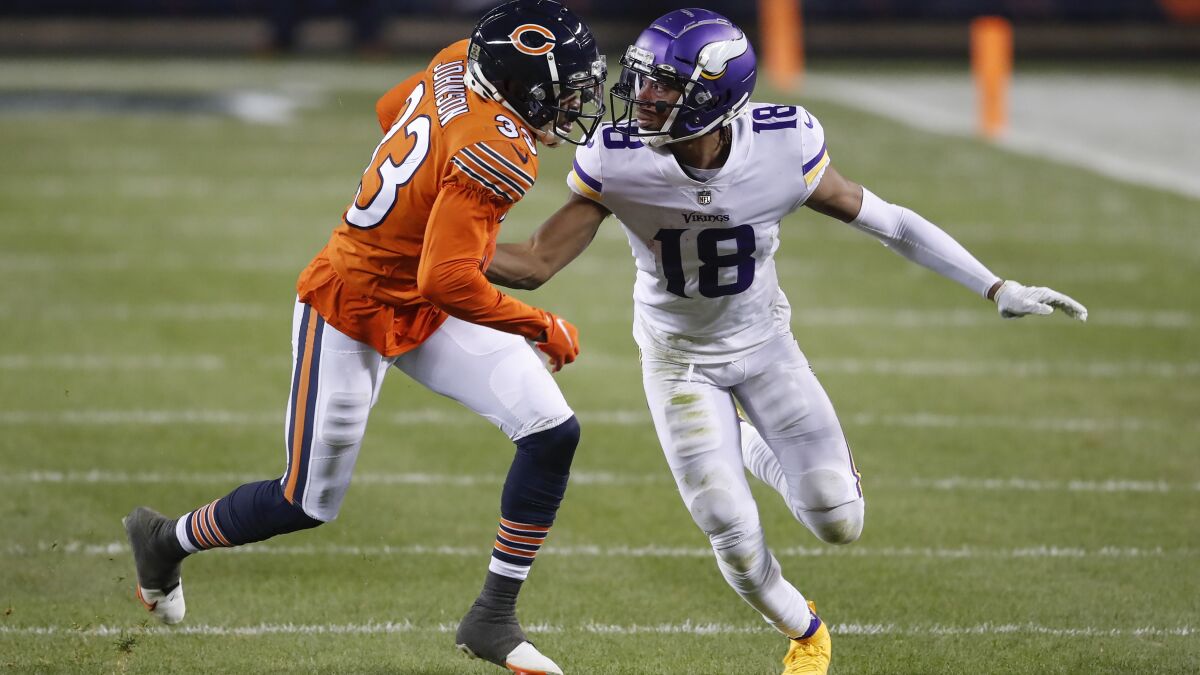 This matchup is currently a big question mark for Chicago. Johnson is one of the few Bears who has played against the all-pro receiver. Johnson has matched up with Jefferson for two years now and last year in a game Johnson followed Jefferson all over the field as a chaser.

Johnson knows what to expect from Jefferson however the Bears might not have Jaylon Johnson for this game. Johnson has been battling a quad injury that has kept him out the last two weeks. Even if the Bears have Johnson on Sunday the Vikings move Jefferson all over the field which could get Jefferson matched up against some of the younger less experienced players the Bears have in their secondary such as Kyler Gordon. 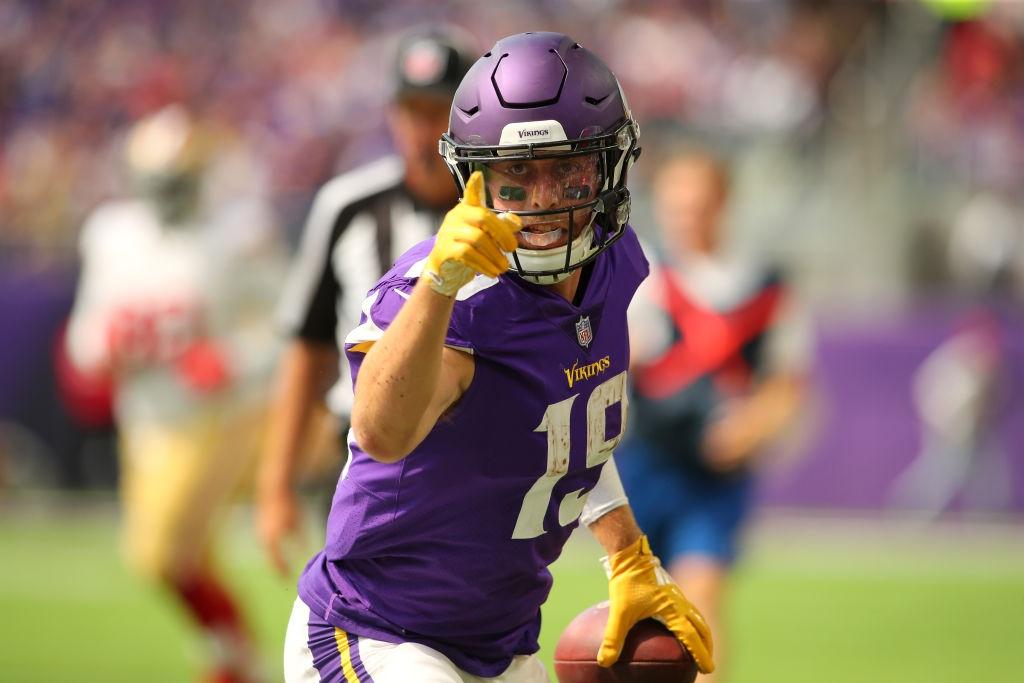 Kyler Gordon has struggled early on in this young season and this week 5 matchup might be his biggest test yet. While the Vikings have an All-pro WR in Jefferson, Adam Thielen is also a massive piece of their offense. Thielen is on pace to have his best season yet since 2018 when he caught 113 passes. So far in 2022 Thielen has caught 75% of targets which is the best mark on the team. There’s no secret the Vikings will look Thielen’s way early and often.

Though in years past Chicago has been able to contain Thielen as he barely averages 30 yards against the team, this is a new Bears defense. A defense that has been pushed around on the ground by weaker teams and not able to pressure the QB enough to contain WR production. 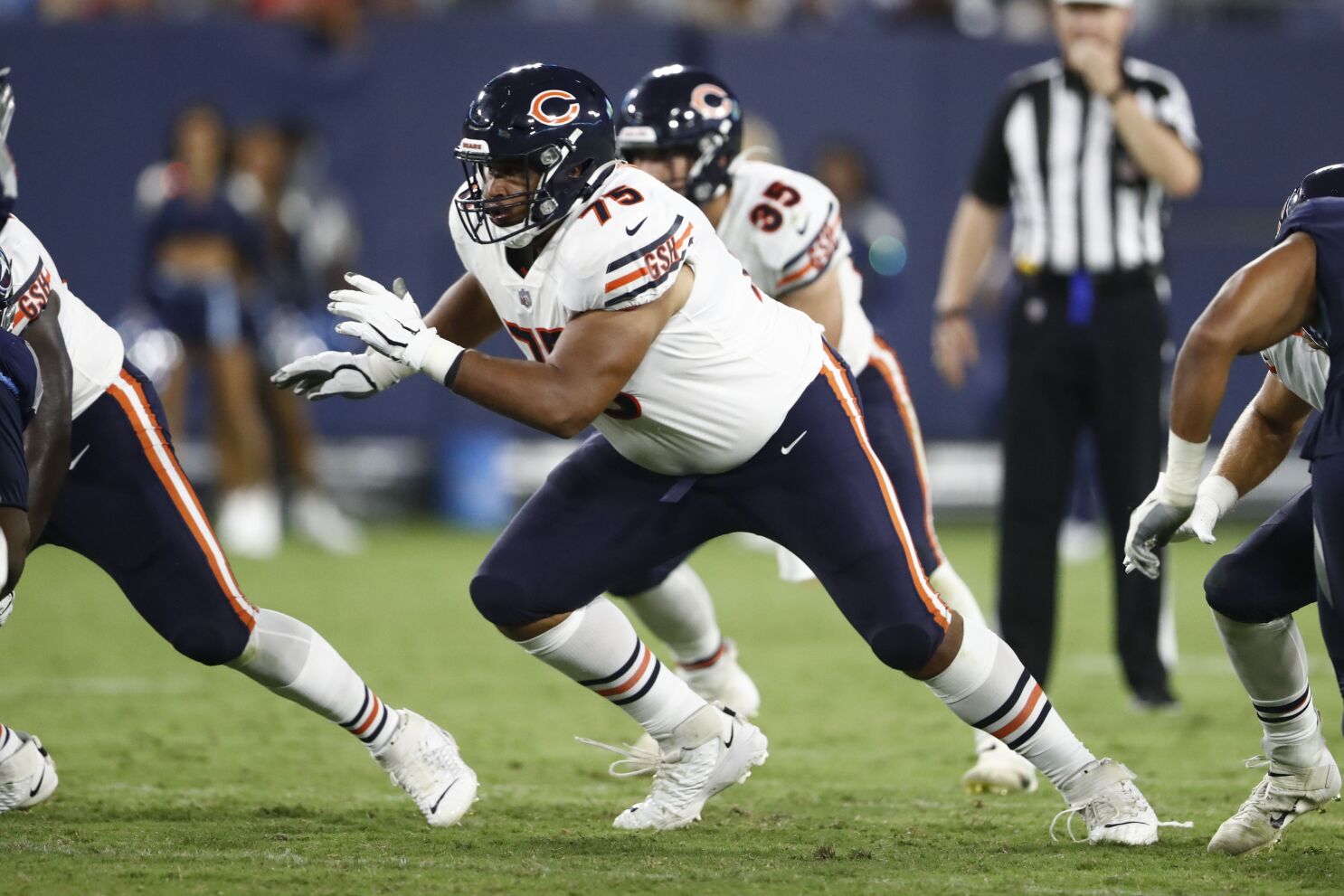 Za’Darius Smith will pose a tough matchup for the Bears rookie Braxton Jones. So far in this young season Smith has 3 sacks, 5 QB hits, and 6 TFL’s. Through 4 games Jones has allowed at least one sack a game and 11 pressures. Jones needs to be able to hold his own against Smith in order to get Chicago’s passing game back on track. If Fields is running for his life the whole game how are they supposed to get anything going?

Jones is currently ranked as the 70th best offensive lineman as per PFF. Jones has to be better in pass protection than he was last week. Last week against the Giants Jones’s mistakes killed two Bears drives and one resulted in a sack fumble one can only hope that he will cut the game changing mistakes to a minimum if any at all. Chicago has been trying to get their passing game going ever since the season kicked off. Cole Kmet has not been a big part of the Bears offense up to this point and that might be because he simply is not getting open. Kmet has only been targeted 8 times in 4 games and with Fields looking for literally anyone to be open this says a-lot about Kmet’s ability to create separation.

Kmet will likely struggle to get open this week as he will likely be matched up against Eric Kendricks for a majority of the game. Kendricks is one of the better coverage LB’s in all of the NFL and will be on Kmet like glue. Although Kmet has had some success against the Vikings in the past. Kmet averages 3.3 catches and 34.5 yards a game against Minnesota though he has not scored against them. Hopefully Kmet can find pay dirt this Sunday.