With the Chicago Cubs’ offseason being regarded as one of the more successful around the league. The team seems better on paper than they were this time last year and ready to contend for a division title in 2023. The Cubs brought in Dansby Swanson, Cody Bellinger, Eric Hosmer, Jameson Taillon, and Brad Boxberger and also brought back Drew Smyly on a two-year deal.

There have also been reports that the Chicago Cubs are interested in Trey Mancini as their designated hitter for the 2023 season.

What does all this mean for Ian Happ? Ian Happ had the best year of his career in 2022. The 28-year-old slashed .271/.342/.781, got his first all-star nod, led the team in several offensive categories, and Happ even won a gold glove for his remarkable performance defensively.

With Happ’s contract set to expire after this year, the Cubs have some serious thinking to do on what to do with Happ. The thing is with Ian Happ the Cubs have to use a wait-and-see approach. Meaning they should let Happ play on his current deal and take a long look at how the team is performing and how Happ is performing when the all-star break comes around this year.

The reason they should wait before doing anything with Happ is to see if he can repeat his 2022 performance. Which is not a guarantee. In the month of September during the 2021 season, Happ had a slash line of .199/.299/.681 through 120 games.

Say the Cubs let Happ walk or trade him

If the Chicago Cubs were to trade Happ or let him walk his potential replacement would not be too far away. The Cubs are lucky enough to have several top 100 prospects some who are closer to the majors than others. Brennen Davis was set to make his debut in 22′ but injuries set him back and PCA and Kevin Alcantara are both prime candidates to debut in the 2024 season.

The Chicago Cubs current outfield situation is Ian Happ, Seiya Suzuki and Cody Bellinger who was brought in on a one year deal. The Cubs could potentially extend Bellinger if he succeeds this year but beyond that the only constant in the Cubs outfield plans is Seiya Suzuki who is locked up for the next four seasons. The tricky situation here is the Cubs prospects. You don’t want to block them from potentially developing further unless the Cubs plan to deal them.

What could a potential Ian Happ extention look like? 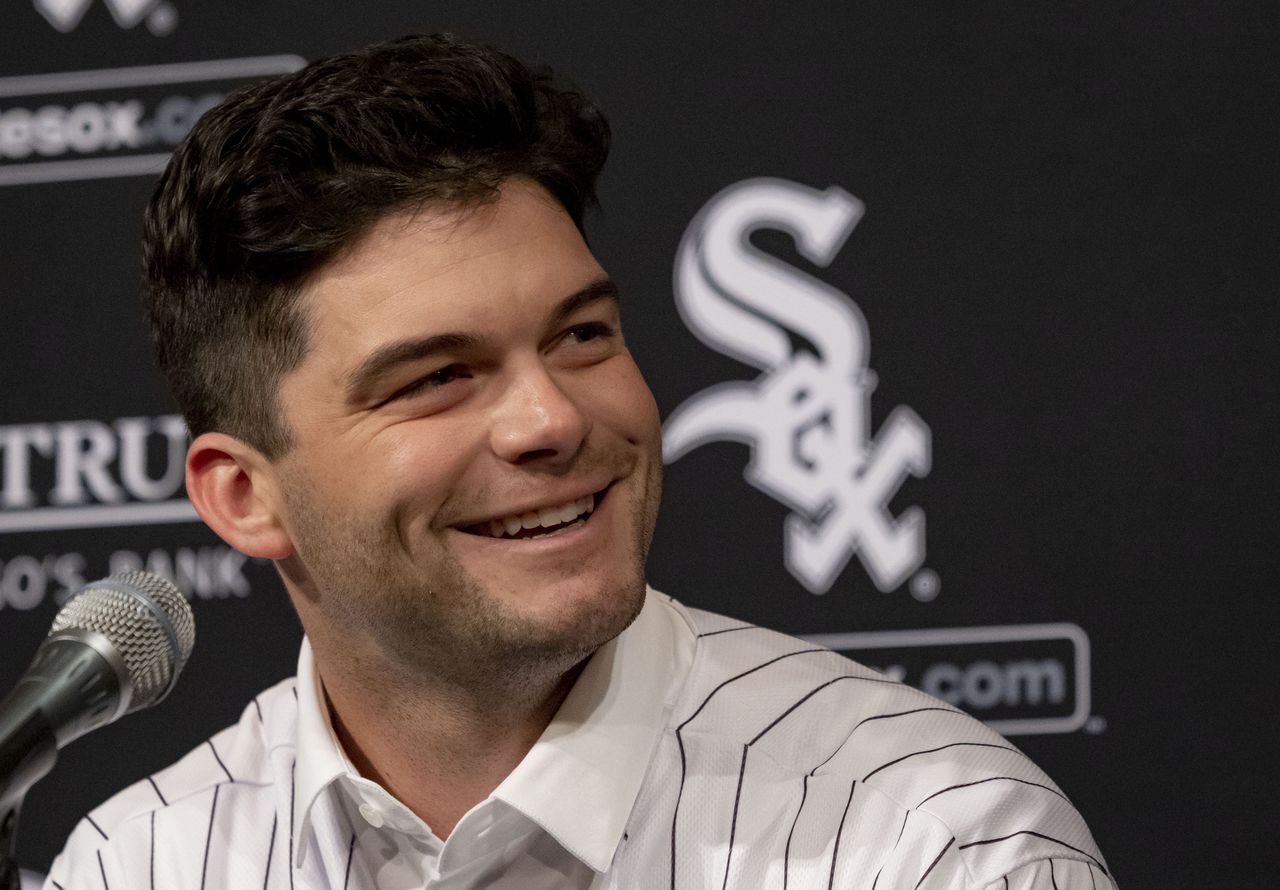 The Chicago Cubs don’t have to look far to see a good measuring stick for a potential Happ extension. If the Cubs were to extend Ian Happ long term it would probably look something like the deal Andrew Benintendi just signed with the Chicago White Sox. Benintendi’s deal is 5 years worth $75 million fully guaranteed. Remember this is all dependent on Happ repeating his 22′ performance. If he does not then Happ will most likely be traded or follow Contreras’ moves and find a new team in free agency after one last hurrah with the Cubs.